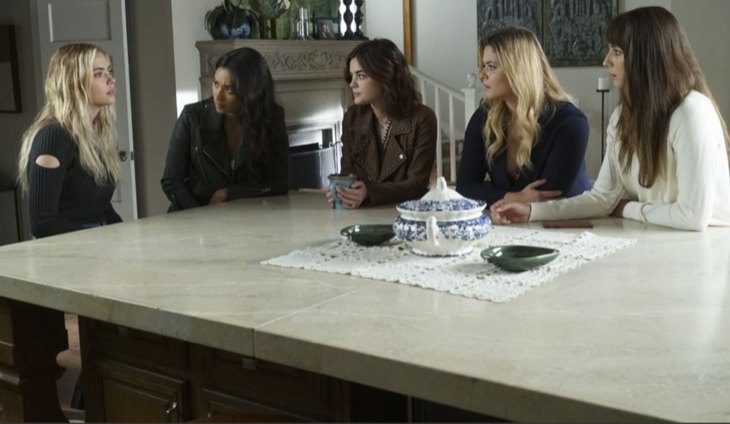 Pretty Little Liars is a teen television series that combines drama and mystery. The series is loosely based on the book series written by Sara Shepard and premiered on ABC Family Channel on June 8, 2010. Pretty Little Liars is set in Rosewood, Pennsylvania and showcases the happenings of four high school friends who bond together after their best friend disappears and someone threatens to spill their deepest darkest secrets. Here are some of the best quotes from Pretty Little Liars.

Conversation between Maya and Emily:
Maya- “They found your friend.”
Emily- “I knew she’d come back. Is she inside?”
Maya- “Emily, they found Alison’s body.”

Season 1- episode 4- Can You Hear Me Now

A Conversation between Hanna and Spencer: Spencer tells Hanna that she stole on of her sister’s previous essays for Russian History and submitted it in class.

Hanna- “If you’re gonna cheat, you might as well do it with someone who deep conditions her hair occasionally.”
Spencer- “Here. Put something in your mouth besides your foot.”

Conversation between Caleb and Hanna:

Season 3- episode 5- That Girl is Poison

A Conversation between Ashley and Hanna: Hanna is still upset over her and Caleb’s breakup.

Ashley- “Do you have any plans tomorrow?”
Hanna- “Uh, yeah. I’m going to listen to every sad song I’ve ever downloaded on repeat.”

You Might Also Like —-> Sasha Pieterse Writes Open Letter To Body Shamers And Internet Bullies – Read It Here!

A Conversation between Emily and Spencer: The girls are reacting to the fact that Alison is wearing the same dress to her mother’s funeral that her mother wore to her funeral.

Emily- “Coincidences happen.”
Spencer- “Yeah, all the time. They just grow on trees like coconuts, waiting for you to walk under them.”

A Conversation between Hanna and Spencer: Hanna is talking about her room still having Alison’s presence.

Hanna- “Okay, you know what? Last time I checked, this was still my bedroom. Until someone got in and invaded it. Even the door knob smells like her.”
Spencer- “Why are you smelling the door knob?”

Aria talking to her mother after The Liars are banned from the senior prom because of security concerns.

Aria- “Well, then fill the ballroom with police. It’s fairy-tale themed. They could come as the village idiots.”