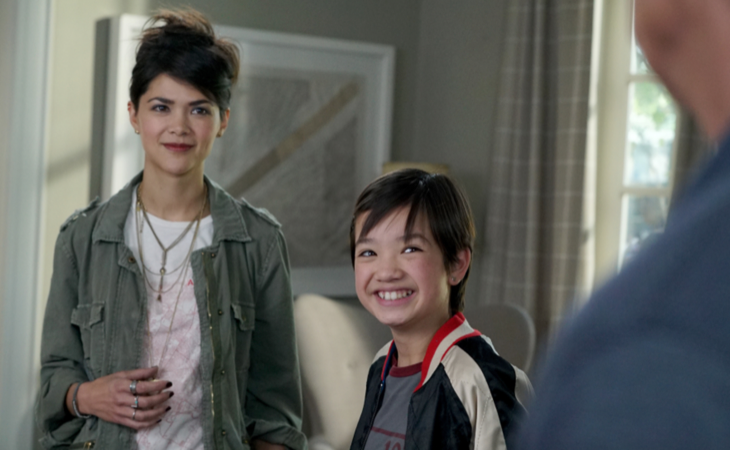 Disney Channel’s ‘Lizzie McGuire’ is a classic, and we seriously miss Lizzie, Gordo, and Miranda. Plus, how could we forget Lizzie McGuire’s annoying little tbrother and the animated voice in her head! Bottom line is – we would do anything for a ‘Lizzie McGuire’ revival. And, it looks like we are getting the next best thing in the new Disney series, ‘Andi Mack.’

Deadline announced this week that Disney Channel has ordered to series ‘Andi Mack,’ and although it has nothing technically to do with ‘Lizzie McGuire,’ the series comes from the same TV mastermind, Terri Minsky. Anyone who created ‘Lizzie McGuire’ is good in our books!

Deadline reports that ‘Andi Mack’ will center around a young girl named Andi, who is struggling with turning 13 years old, and her dysfunctional family. Apparently, Andi’s older sister Bex is a total screw-up and she just moved back in to the Mack house. Andi’s mom is scared that she will make some of the same mistakes that Bex has, so she has her on a tight leash and is not letting her live a little and make her own mistakes.

Sounds like something we can all relate to! If you live in a crazy house and/or are constantly trying to get out of your big brother and sister’s shadows, then this is the show for you! The character of Andi Mack will be played by up-and-coming actress Peyton Elizabeth Lee, and she is adorable!

‘Andi Mack’s’ official synopsis on IMDB teases, “She’s eager to have just a little teenage fun and adventure, but that may never happen because her strict mother is doing everything in her power to keep her from turning out like her older sister, Bex, who dropped out of school as a teenager and left home and now, in her late 20s, still doesn’t know what she wants out of life.”

According to Deadline, ‘Andi Mack’ will make its Disney Channel debut in 2017.

6 Items You Don’t Need To Pack For Your College Dorm, Contrary To Popular Belief