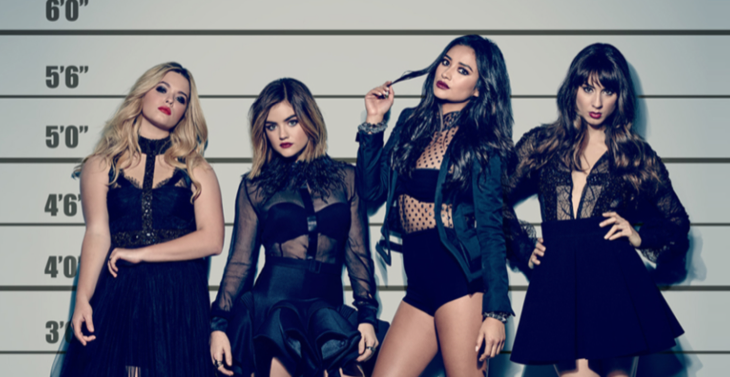 Pretty Little Liars spoilers are indicating that Season 7 will be the final season of PLL. Although no one from the series has actually confirmed that it is over – they aren’t exactly denying it either. Plus Marlene King seems to be pulling out all the stops, bringing back characters all the way from Season 2 and 3, and it is beginning to look like one last hurrah. But, is Pretty Little Liars getting another spinoff to keep the legacy going?

You Might Also Like —> ‘The Originals’ Season 4 Spoilers: TVD Characters To Join Cast After Season 8 The Vampire Diaries Series Finale?

Here’s the thing about “Addison,” that has raised a few eyebrows. First and foremost, she’s a high-school student, which is certainly strange seeing as how the liars are no longer in high-school and there is a 5 year time jump. Secondly, her character description sounds an awful lot like Alison DiLaurentis’ character – plus their names are eerily similar. This raises the question – will Addison be the new Alison in a Pretty Little Liars 2.0, which starts back in high-school?

Of course, this isn’t the first time that Freeform has tried to recreate Pretty Little Liars’ success. There was the short lived spinoff ‘Ravenswood,’ which was basically PLL with a supernatural twist. Then, there was ‘The Lying Game’ (which was also cancelled after just a few seasons), and that was very similar to Pretty Little Liars, and also based on a set of Sara Shepard’s books.

What do you think PLL fans? Is Freeform cooking up another Pretty Little Liars spinoff? Could the introduction of “Addison” serve as the pilot to a new series? Will you tune in if that is the case? Share your thoughts in the comments below!

Is Bates Motel Appropriate for Kids/Teens to Watch?

Back To School: Tips To Make College Move-In Day Simple And Stress-Free