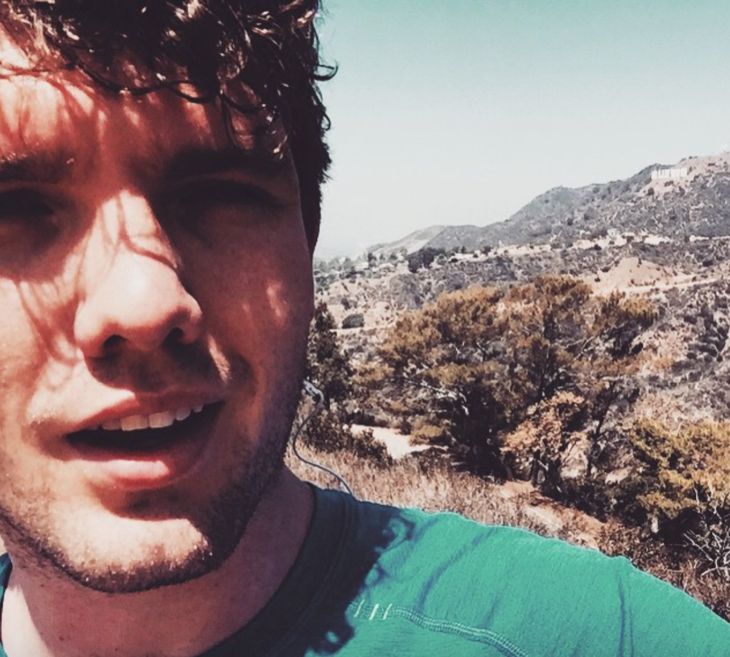 Taylor Swift is not the only superstar in her family! If you are a diehard Taylor Swift fan, then you are most likely familiar with her little brother Austin Swift. Austin is two years younger than his pop-singing sister, and has become a celebrity in his own right via social media, his photography, and hanging out with Taylor’s A-List pals.

Chances are you may also remember Austin Swift from the infamous “Yeezey” incident. After Kanye West released his less-than-flattering song with some not so nice lyrics about Taylor, her little bro took to Instagram and posted a video of himself burning a pair of sneakers from Kanye’s “Yeezey” clothing line. Also, he’s pretty tight with Taylor’s BFF Selena Gomez and they have posted photos together on social media in the past.

Grew up loving Pierce Brosnan and John Moore's films. I never could've dreamt I would actually get the chance to work with them. I.T. comes out September 23rd. (link for the trailer in my profile)

Last year Taylor Swift announced that her little bro Adam was pursuing an acting career, and he scored his very first gig! Austin Swift joined the cast of “I.T.” The new thriller movie has been in the making for several years, and stars the iconic Pierce Brosnan as Mike Regan. Austin is playing the part of Lance, a friend of Mike Regan’s beautiful teenage daughter.

The official trailer for the all new movie was just released this weekend, and it looks awesome! “I.T.” is set to hit movie theaters in September 2016. Austin Swift is no newbie to the acting scene, he actually performed in plays in high-school and he joined the cast of the Notre Dame play “Dead Man’s Cell Phone” where he went to college.

We’re pretty sure that Taylor Swift’s brother’s acting career is going to be a huge success – especially if he is half as talented as his big sister. He may have gotten the gig because of his last name, but it won’t be long before Austin Swift is a household name himself!

6 Items You Don’t Need To Pack For Your College Dorm, Contrary To Popular Belief

Kid-Friendly Volunteering Ideas: Teach Your Kids A Sense Of Community And How To Give Back! #CrackOpenCommunity