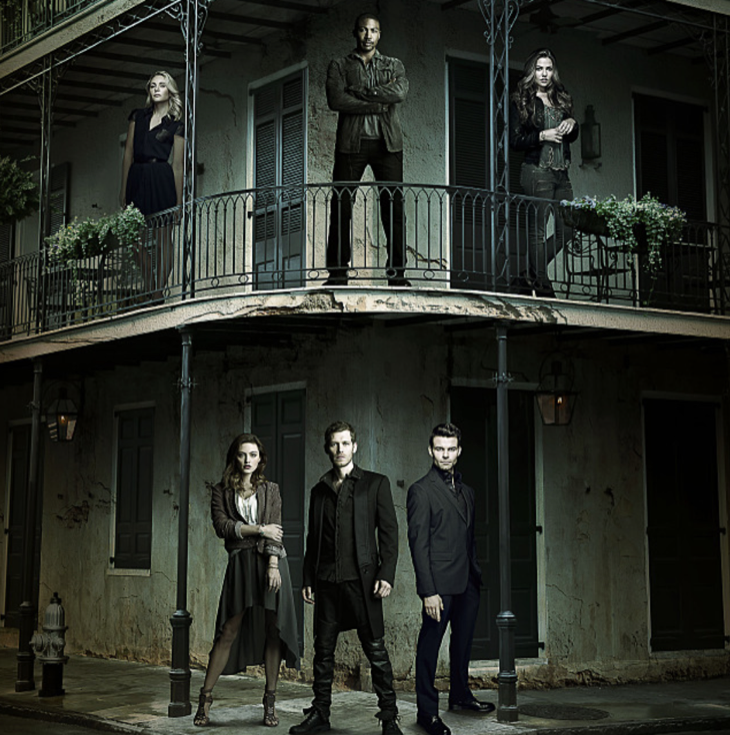 The Originals spoilers for season 4 tease that viewers may see a few Mystic Falls residents from ‘The Vampire Diaries’ make an appearance or two in New Orleans.

TVD showrunner Julie Plec announced at Comic Con 2016 that season 8 of TVD would be the series finale. There may be a crossover set up to bring TVD characters to the fifth season of The Originals.

There had been speculation that The Originals, a spin-off based on characters from The Vampire Diaries, fourth season would be the CW drama’s final season. Not so fast says CW President Mark Pedowitz in an interview with Deadline. “I hope [The Originals] lives very well on its own. I’m hopeful that we will see a fifth year.”

There were a few more The Originals spoiler teasers that came out during Comic Con 2016. First of all, there will be a five-year time jump which means some actor changes.

Obviously one of those changes will be Hope Mikaelson. When the series returns the hybrid witch-child Klaus and Hayley [Phoebe Tonkin] will no longer be an infant. No word yet on the name of the actress cast as Hope.

The Originals season 4 spoilers tease that having been a captive of Marcel [Charles Michael Davis] expect Klaus to be guarded but also waiting for the opportunity for revenge against all who have wronged him.

At Comic Con 2106 The Originals producer Michael Narducci revealed, “We wanted to do a reemergence of the Mikaelsons’. They’ve been off the table for a very long time. Elijah, Cole, Rebecca, Freya have peacefully and will be awoken early on in [season 4]. There will be repercussions and after effects of what they have endured.”

You Might Also Like —> Disney Channel Announces New TV Show ‘Andi Mack’ – From The Creator Of Lizzie McGuire!

With all the speculations and spoilers about the fourth season of The Originals, it certainly won’t be boring. The Vampire Diaries fans may want to tune in and check out what’s happening in New Orleans. You never know which of your favorites from Mystic Falls may turn up on The Originals.