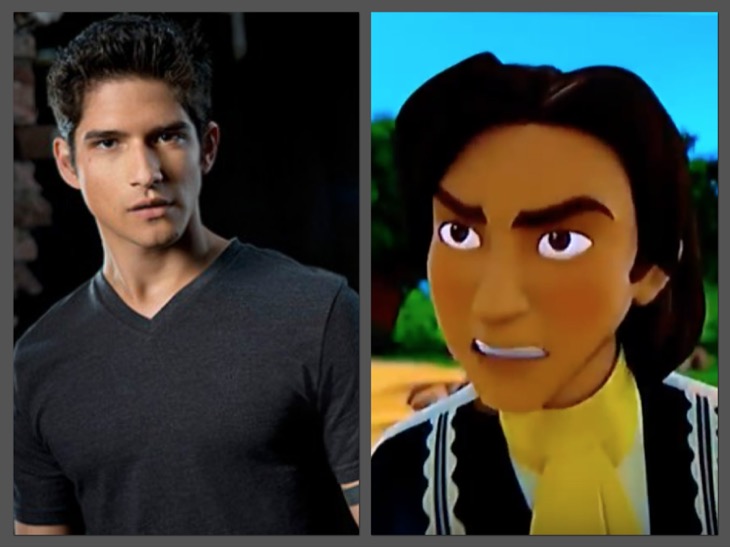 Did you know that Teen Wolf star Tyler Posey can sing?! Posey is most well known for his role in the supernatural MTV drama, he has played the part of Scott McCall since Season 1 of Teen Wolf premiered. Sadly, news broke this summer that MTV has decided to cancel Teen Wolf, and the upcoming season 6 will be the series’ finale.

Tyler Posey’s fans needn’t worry though – we are going to be seeing a TON of Tyler after his reign as the hottest werewolf on TV ends. Tyler already has a new project airing on television, but its not his typical gig. Posey signed on to Disney Channel’s new animated series “Elena of Avalor.” Posey is playing the part of Prince Alonso, and he is KILLING it.

In an all new episode of the new animated Disney series, Tyler showed off his amazing singing voice, and clips of the footage have been going viral. We are totally impressed with Posey’s performance. And, we had no idea he was such a talented singer. In the clip from “Elena of Avalor,” Tyler’s character Alonso performs a duet with Elena titled “Feel Free To Have Fun.” It sounds like Alonso is a bit of a troublemaker and he is trying to get Elena to hang out with him rather than work on a super important bridge that is being built to connect two worlds.

It’s strange because obviously Prince Alonso is nothing like Tyler Posey and is a cartoon character, but in ways, the Disney character definitely resembles the Teen Wolf star and if you listen closely to his voice we can definitely hear some nuances of Scott McCall.

So, what do you think of Tyler Posey’s new gig, and his impressive vocals? If he pursued a career in music, would you buy his album? Let us know in the comments below!