TV Shows For Teens To Binge-Watch On Netflix 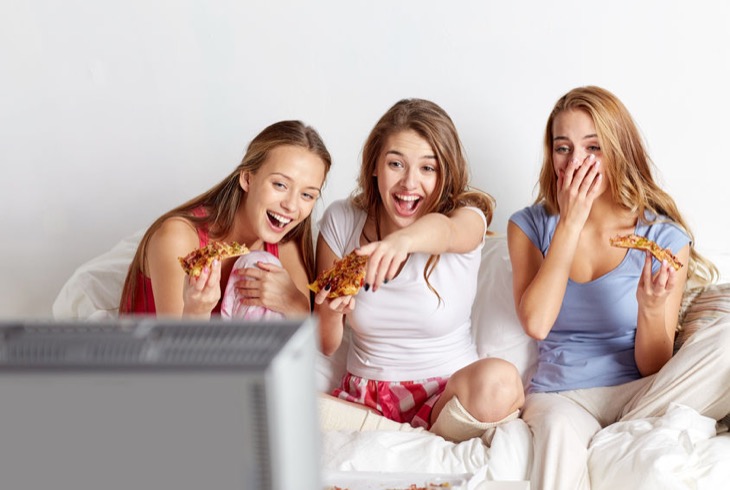 There is nothing more relaxing than spending a weekend binge-watching a TV show after a long week at school. But, there are so many TV shows to choose from, you most likely spend more time searching for a good TV show on Netflix than you spend actually watching it. The good news, its Fall, which means that new seasons of our favorite TV shows are premiering on Netflix left and right. We put together a list of some of the best TV shows on Netflix for teens to binge-watch. Check them out, and let us know what you think in the comments below!

Degrassi has been an afterschool special for years, the series originated in Canada, and rapper Drake even starred in the original seasons. Nickelodeon picked up the series a few years ago and added a few new seasons, and now Netflix has taken over the torch and added the “Next Class.” Degrassi is highly addictive, packed full of teen drama, and some seriously related issues that teens are most likely dealing with in real life.The Fosters

This Jennifer Lopez-produced series on Freeform will make your heart melt – and make it impossible to stop watching. The soapy drama follows the lives of a blended family with two moms, adopted teens, and foster children. The cast includes some famous faces like Jake T. Austin, David Lambert, and Maia Mitchell.

Freeform recently announced that Pretty Little Liars is wrapping up and Season 7B will be the final season of PLL. It’s not too late to jump on the Pretty Little Liars bandwagon, though. It’s one of those TV shows that you need to watch from the beginning to truly understand. Luckily, you can binge-watch all six seasons of Pretty Little Liars from the very beginning on Netflix. The cast includes some popular stars like Ashley Benson, Tyler Blackburn, Keegan Allen, Lucy Hale, and more.

The Vampire Diaries is a great fix for all of you supernatural and vampire fans. You can watch all six seasons of TWD on Netflix, starting from the very beginning of the CW series. The drama kicks off in high-school and follows the life of Elena Gilbert, a teen orphan who falls in love with a mysterious new guy who turns out to be a vampire. Over the years the Vampire Diaries has evolved and developed complex storylines and some awesome cast members. They aren’t teens anymore – but they are still awesome!

Are you obsessed with horses? Then Heartland is the perfect series for you! Heartland is actually a Canadian series, the soapy drama follows the life of a teen horse whisperer named Amy, and her family ranch. Every episode Amy juggles the loss of her mother, working her family’s ranch, her love life, and her family drama. There are six seasons of Heartland available to binge-watch on Netflix right now, and guaranteed you will be highly addicted in no time!

What to Do When Your Child Refuses to Do Homework