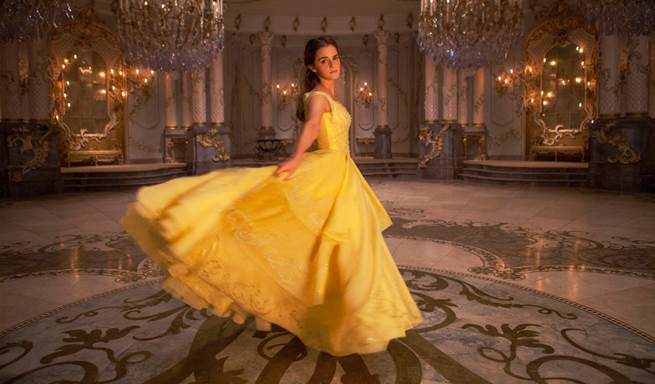 When we first heard that Disney was releasing a remake of Beauty And The Beast, this time an actual movie, we weren’t sure how we felt about it. Some classics should remain just that – classics. However, as more details were released and it was announced that Emma Watson was going to be playing the part of Belle, we began to warm up to the idea. This month, Disney released some official photos of Emma/Belle, and we literally can’t contain our excitement.

The live-action Disney remake of Beauty and the Beast will stay pretty true to the original. Emma Watson’s character Belle will take her father’s place as a prison in a castle, and wind up falling in love with the Beast that is holding her hostage. Of course, once the “Beast” feels true love, he will transform in to a handsome prince, played by Dan Stevens.

Of course, there are a few differences from the original animated Disney film. Watson revealed in a recent interview with Entertainment Weekly that her version of Belle is oozing with girl power. Watson explained, “I was like, ‘Well, there was never very much information or detail at the beginning of the story as to why Belle didn’t fit in, other than she liked books. Also, what is she doing with her time?’ So, we created a backstory for her, which was that she had invented a kind of washing machine, so that, instead of doing laundry, she could sit and use that time to read instead. So, yeah, we made Belle an inventor.”

We kind of like this new modernized version of Belle. It’s 2016 after all, just because she is a Disney princess doesn’t mean Belle can’t hold down a job or have her own income, right? In the all new photos released of Beauty and the Beast this month – we can see Belle in her iconic yellow dress, and of course sharing a magical dance with the Beast. Are you excited for the premiere of Beauty and the Beast in March 2017? Let us know in the comments below!