‘Pretty Little Liars’ Final Season: Shocking PLL Spoiler Reveals Someone Is Coming Back From The Dead For Season 7B 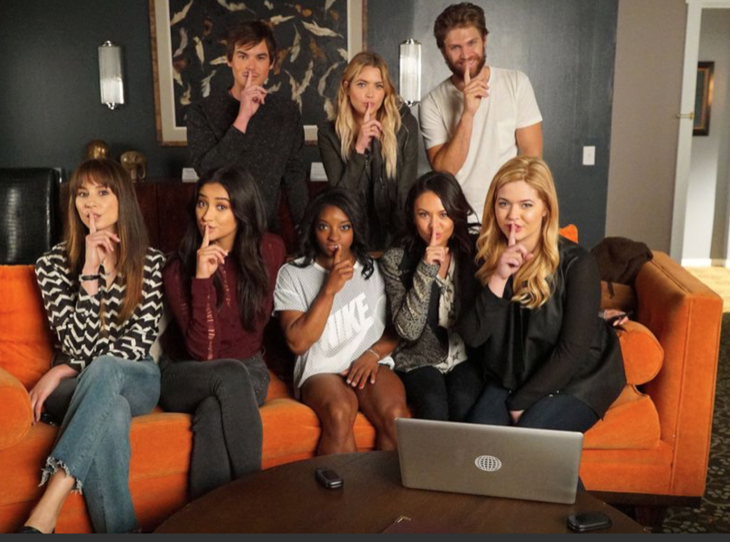 Pretty Little Liars spoilers tease that PLL fans are in for a treat when the show returns to Freeform in April for the final season. The last seven seasons of Pretty Little Liars has been a rollercoaster for fans of the hit teen drama – and after the five-year time jump, the writers really upped the ante, and it seems like nobody is safe and no plot twist is out of the realm of possibility.

If you have been following Pretty Little Liars since Season 1, then there really is nothing that would surprise you at this point, except for maybe this shocked Season 7B spoiler. Pretty Little Liars spoilers have confirmed that Vanessa Ray is back on set of PLL, and we have not seen the last of the infamous Cece Drake, aka Charlotte, aka Charles, aka “A.”

Pretty Little Liars rumors and theories are already indicating that Cece Drake is back from the dead, and stirring up things in Rosewood for Season 7B. Ray has confirmed that she is filming scenes for the final season of PLL, however, it is unclear if they are actually flashbacks scenes or present day scenes.

Ray dished to Entertainment Weekly, “I was back for the last episode and had a really heartbreaking time. It was such a special experience for me to get to have Pretty Little Liars as a bit of a home base, so I’m definitely going to miss the show and miss the cast and crew so much.”

Related: Another PLL Spinoff In The Works Following Season 7?

Interestingly, Season 7 of Pretty Little Liars kicked off with the murder of Vanessa Ray’s character Cece, and the liars have been blackmailed by Uber A ever since. “A” was making their lives a living hell and forcing them to expose Charlotte’s killer. It would certainly make the series ever crazier if that is even possible if it is revealed that this entire time Cece hasn’t even been dead! Is it possible that not-so-dead Cece has been Uber A this whole time? Let us know what you think in the comments below!