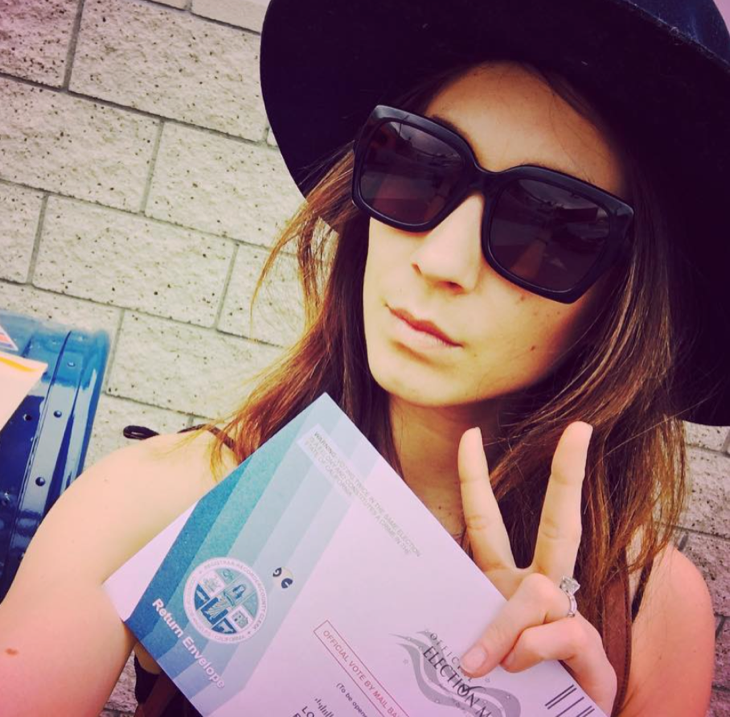 Pretty Little Liars’ star Troian Bellisario is well known for the confidence and grace that she exudes as Spencer Hastings on the hit Freeform drama. Over the years we have watched Troian Bellisario really come into her own as an actress – PLL was her first major acting gig, and now we can’t even fathom the idea of Rosewood without her.

But, what a lot of PLL fans don’t realize is that Troian Bellisario has not always been the strong and spunky star that we see on Pretty Little Liars. Like a lot of the viewers at home, she had some personal struggles as a teen and was diagnosed with anorexia.

Related: Christina Ricci Had Anorexia And Was A Cutter

In the days leading up to the election, the cast of Pretty Little Liars used their star power and massive fan bases to encourage the younger crowd to head out and vote and let their voices be heard. While several PLL cast members did their part rounding up voters, Spencer’s campaign was by far the most touching.

In an interview with ATTN, Troian opened up and spoke on camera about her battle with an eating disorder and the importance of making sure that good health care is available to everyone, including those with mental health issues – not just physical ailments. The Pretty Little Liars actress explained, “With anorexia, a lot of it is about presenting a front of everything is OK, as you’re slowly killing yourself. Gone were the days where I was just a happy, carefree kid running around and suddenly I felt this inability to interact with people and to nourish myself.”

Troian shared the touching video on her Instagram page and added, “Early detection, diagnosis and treatment of mental illness saves lives. It certainly saved mine.”

Were you aware of Troian Bellisario’s history? Let us know what you think of her video in the comments below!

Early detection, diagnosis and treatment of mental illness saves lives. It certainly saved mine. Thank you @attndotcom for asking me to share my story and share why voting in this election for a candidate that supports the treatment of mental Illness for those who can afford it and those cannot. For programs in schools to support students dealing with mental illness and for the continued support and treatment (without stigma) of adults to not just survive but thrive. Full video link in bio. Please vote #imwithher

‘Pretty Little Liars’ Final Season: Shocking PLL Spoiler Reveals Someone Is Coming Back From The Dead For Season 7B