Mental Health and Your Teen – Spotting The Warning Signs 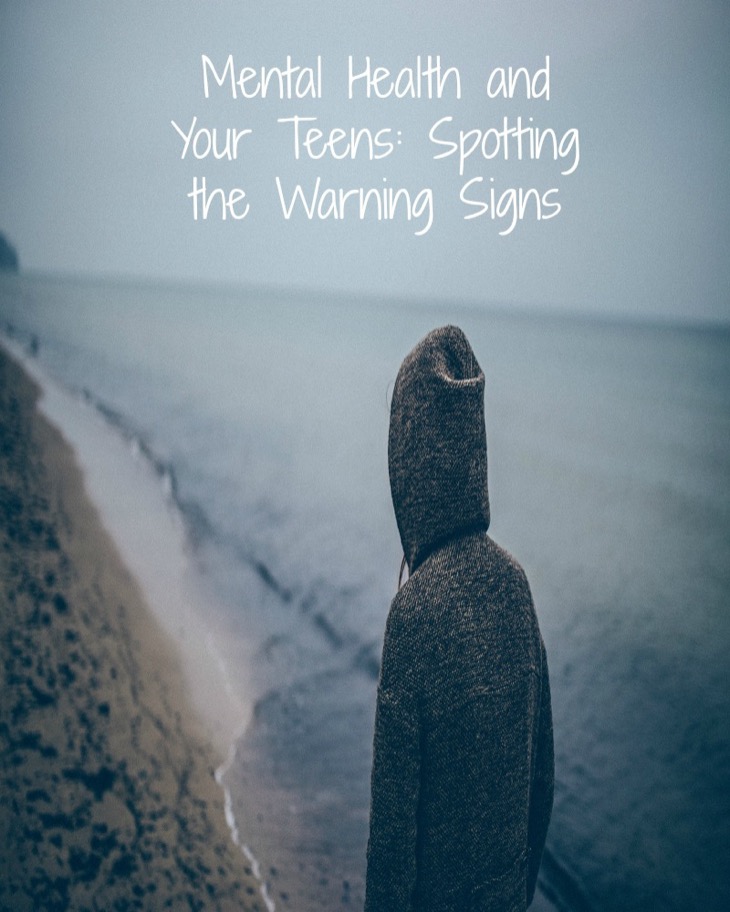 Raising teenagers is the farthest thing from easy. Especially when you’re so used to them still being your “baby.” It’s difficult to look into their beautiful/handsome faces and see the changes that are happening, both good, and bad.

Some of the bad things that I’ve seen happening more and more, is that cutting, or self-harm, has become the “in” thing to do. Emo is now a way of life, making what we called goth look pretty tame. Gone are the days that teens are putting on an entire face of white makeup, and then covering the lips and eyes in complete black (although, there are still a few that do the all black thing), and in comes the memes on Facebook about suicide and cutting, mostly hidden from us parents, and shared strictly with friends. The other emo kids will like the photo or comment “same,” maybe followed by why or how they want to do what the meme is talking about.

Related: 7 Ways to Talk to Your Teen About Bullying

Your teen may think you have no idea about what is going on, but there are warning signs. Wearing long sleeves, jeans, or sweats even in the hottest weather when normally they would be wearing tanks, t-shirts, or shorts could be a warning sign. Especially when they’ve given those things up entirely, or refuse to allow them to see you in anything less than those types of things. If they’re spending too much time in their rooms, make sure to try to get them to join in on dinner or family game nights. If that doesn’t work, make sure you’re talking to them one on one as often as you can.

Even if they’re not cutting, or attempting suicide, keeping the lines of communication open is important. Find out what is going on in their day to day lives, and pay attention to their attitude (which shouldn’t be hard…). Let them know that you’re always there, no matter what is going on in their lives, and do not judge them for whatever it is that they come to you with. Whether that be sexual things, cutting, thoughts of suicide, interest in the same or opposite sex… Whatever it is, you are your child’s first ally.

Related: What to do if Your Child is the Victim of Bullying

At the end of the day, we’re all raising mini adults. They have their struggles, and it’s our job, as their parents to guide them to be the best that they can be, and to get them to adulthood. Teaching them love, acceptance, responsibility, and all of those other things is important, but be sure you’re giving their mental health the same attention! They’ll thank you for it someday.