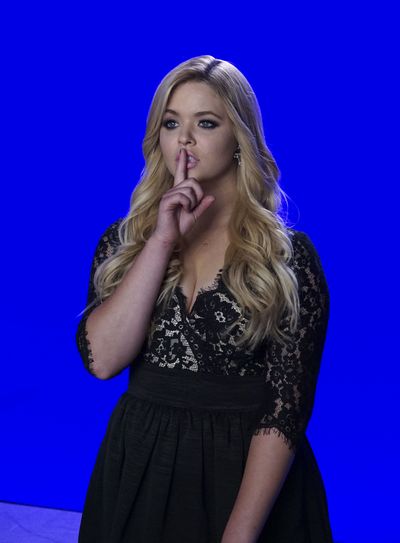 Pretty Little Liars’ final season is set to kick off on Freeform this Spring.  PLL spoilers indicate that Season 7B will premiere on Tuesday, April 18 2017.  All good things must come to an end at some point, but PLL fans are not ready to say goodbye to Rosewood and our beloved liars.  Good news, they might not have to … sort of.

If you are a diehard Pretty Little Liars fan, then you are well aware that the hit Freeform [formerly ABC Family] drama is based on a series of Young Adult books that goes by the same name and are written by Sara Shepard.  Of course over the shows many seasons, showrunner Marlene King took a few twists and turns, and tweaked some of the storylines and characters a bit.

The Pretty Little Liars book series began in 2006, and over the course of  years spanning until 2014 Shepard released a total of 16 books in the PLL series, plus a few companion books.  Even after Pretty Little Liars the TV show debuted in 2010, Sara Shepard was still writing right along and adding to the large collection.

Shepard took to Instagram this month to make a very exciting announcement for PLL fans.  Shepard revealed that she has decided to revive the PLL book series and will be adding more books to the collection.  In a lengthy Instagram post Shepard teased, “Once the show ends: three pieces of fan fiction all about ALI. Here’s a teaser: We all know Real Ali as the diabolical maniac who systematically murdered her twin sister, Ian Thomas, and everyone else who got in her way—including attempts Emily, Spencer, Hanna, and Aria. But what if there’s more to her than that? What if Ali’s quest for revenge against the girls wasn’t born the day Courtney switched with her but later? And what if she felt a secret, forbidden love for one of them, a love that chose her to make impulsive decisions—and foolish mistakes?”

Related: Shocking PLL Spoiler Reveals Someone Is Coming Back From The Dead For Season 7B

Obviously, we are still dreading Pretty Little Liars coming to an end in 2017, but this certainly sweetens the deal a bit.