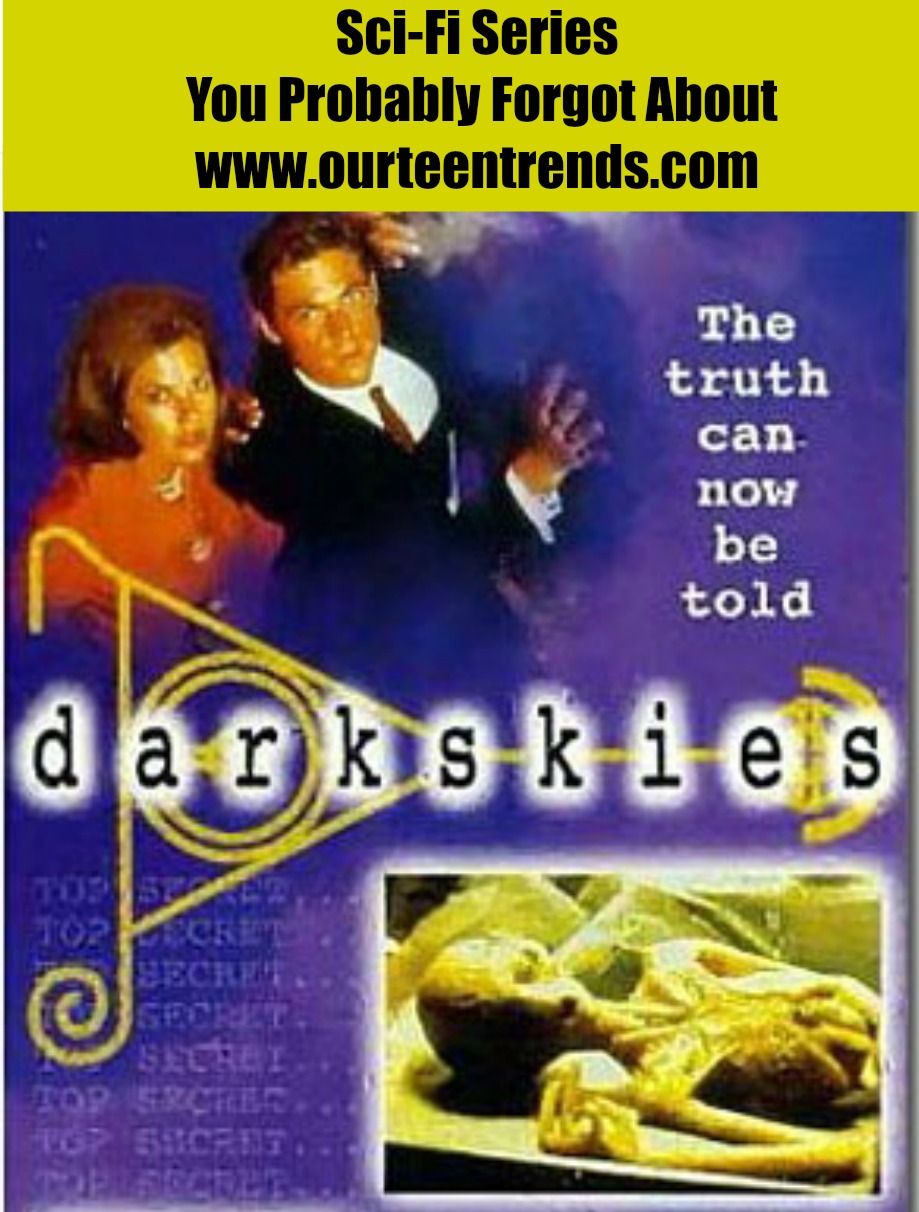 Are you a Sci-Fi fan like I am?  Well, I bet you are forgotten some of the best Sci-Fi series on television.  Don’t worry I am going to remind you.  Take a look at a few that I think are classics! So grab some popcorn, put your fluffy slippers on sit back and rent one of these great classic Sci-Fi series.

Dark Skies was a sci-fi television series that aired on NBC for 1 season, from September 21, 1996 to May 31, 1997. The series is set in the 1960’s and focuses on John Loengard and Kimberly Sayers, a couple determined to expose the truth about The Hive, an alien species secretly invading Earth. Dark Skies starred Eric Close as John and Megan Ward as Kimberly.

First Wave was a sci-fi television series that aired on the Space Channel in Canada and the Sci-Fi Channel in the United States. The series aired for 3 seasons, from September 9, 1998 to February 7, 2001. It showcases the life and adventures of Cade Foster, a former thief who is now on the run after being framed for the murder of his wife. While on the run, Foster teams up with Eddie Nambulous, a computer hacker/conspiracy theorist, to expose the Gua, an extra-terrestrial race. First Wave starred Sebastian Spence as Cade and Rob LaBelle as Eddie.

Starman was a sci-fi television series that aired on ABC for 1 season, from September 19, 1986 to May 2, 1987. The show centered on Paul Forrester, an alien who is the clone of the human photojournalist, who is deceased. Forrester returns to Earth to reunite with his son, Scott Hayden, in an effort to find Jenny Hayden, the human wife of the alien. Starman starred Robert Hays as Paul, Christopher Daniel Barnes as Scott and Erin Gray as Jenny.

Do you have a favourite Sci-Fi of the past!  Make sure to share it with us in the comments below!

The Curse of Oak Island Review of January 24 Episode 11, Preview Of Episode 12