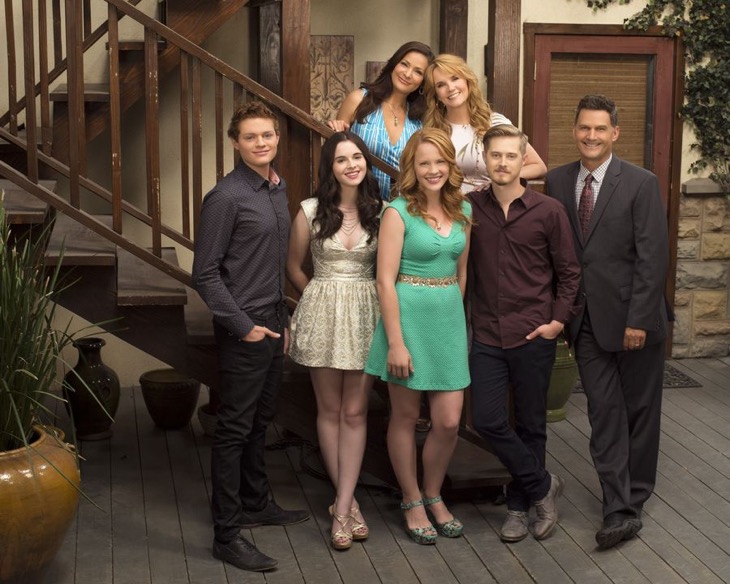 One of our favorite series, ‘Switched At Birth,’ returns to TV this month with their Season 5 premiere on Freeform. Over the years we have watched Bay Kennish, Daphne Vasquez, and their families grow together and apart, all while dealing with issues that we face at home on a daily basis. Sadly, the 10 episodes of ‘Switched at Birth’ airing this Winter will be the final 10 episodes, capped off with an emotional series finale.

We’re sad to have to say goodbye to Bay, Daphne, and the gang. But, we’re thrilled to see 10 all new episodes of ‘Switched At Birth,’ and we can’t wait to see what the writers have in store for us in Season 5.

Bay Kennish portrayer Vanessa Marano recently dished some ‘Switched At Birth’ spoilers in an interview with Just Jared Jr. and it sounds like Season 5 will be packed full of must-see drama. Marano teased, “We’re diving into a new storyline this season that will affect everyone and will also affect a lot of our supporting characters, as well as our main cast. Our supporting characters have a lot on their plates this season…which is going to be so great to see because we have amazing guest actors and it’s nice to give them a juicy storyline, which is happening this season.”

Vanessa Marano and the ‘Switched At Birth’ cast have been pretty mum when it comes to Season 5 spoilers and what we can expect in the final episodes this winter, however she did reveal that fans can expect to see Max Adler back as Tank – which means we are in for some major drama.

Are you excited for the Season 5 premiere of ‘Switched At Birth?’ Are your sad for the series to end? Let us know in the comments below!