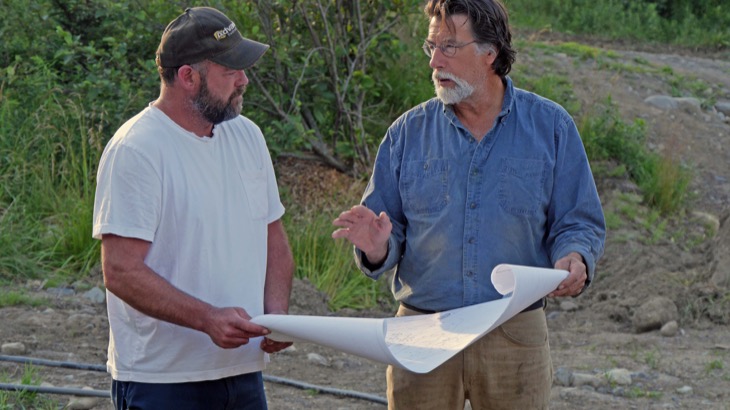 Is this the year that, “The Curse of Oak Island,” strikes down its seventh victim? Legend claims that seven people must die before the mysterious Canadian island’s colossal, buried treasure is found. Over the course of 220 years, six people have died trying to find the rumored riches.

Will there be a seventh? And if so will the cursed person be the one to finally uncover the island’s fabled artifacts, theorized to be the Ark of the Covenant, mountains of pirate gold, or even Shakespeare’s lost manuscripts?

This week viewers of The History Channel’s popular reality show, “The Curse of Oak Island,” got the most tantalizing clue to date about the Nova Scotian island’s rumored hidden bounty!

Season four’s ninth episode, “Echoes from the Deep,” featured the efforts of the show’s amateur adventurers to literally get to the bottom of the infamous treasure cache.

Related: The Curse Of Oak Island: Why To Watch

On the January 10, 2017 episode, Rick and Marty Lagina, the Michigan brothers spearheading the island’s latest exploration, sent a professional diver to the bottom of the island’s aptly named, “Money Pit.” The pit, originally named for its supposed hidden wealth, has also gobbled up a lot of green from explorers hoping to find gold!

The pit is a 170 foot deep, 40 inch wide shaft that the current exploratory team believes may be the underwater home to stolen pirate booty. When the diver reached the shaft’s murky, clay floor his underwater metal detector went haywire.

Echoes pinged off the cavern walls, but were the signals from precious metals purposely hidden from view? The diver saw nothing but muck, but technology doesn’t lie, right?

If pirate, or even Viking, explorers hid gold beneath Oak Island, it stands to reason that it would be stashed in a way that a casual explorer could not find. Some on the team rationalized that the metal detector pings could be evidence of a hidden treasure chest; others weren’t buying that idea.

When the team debated the merit of sending the diver down again, conflict between the brothers exploded. Younger brother Marty, an engineer and the expedition’s main investor, doubts there is anything but rocks in the Money Pit and is reluctant to pour more money down the shaft. Older brother Rick, who has held a deep-seated passion about the island since 1965, countered that he has, “a strong belief,” that there is something, “significant,” to be found.

Who won the argument? Tune into next week’s episode, “About Face,” to discover what the brothers uncover when they return to Oak Island. The January 17, 2017, episode could unveil the most important day yet in the 220-year search for buried riches on Oak Island!

Show previews tease that while the team members continue to clash over how to proceed, they stumble upon a surprising clue about the island’s possible treasure, in the form of an ancient Micmac Indian relic! New shows air Tuesdays, at 9/8c.

Are you ready to be a babysitter?