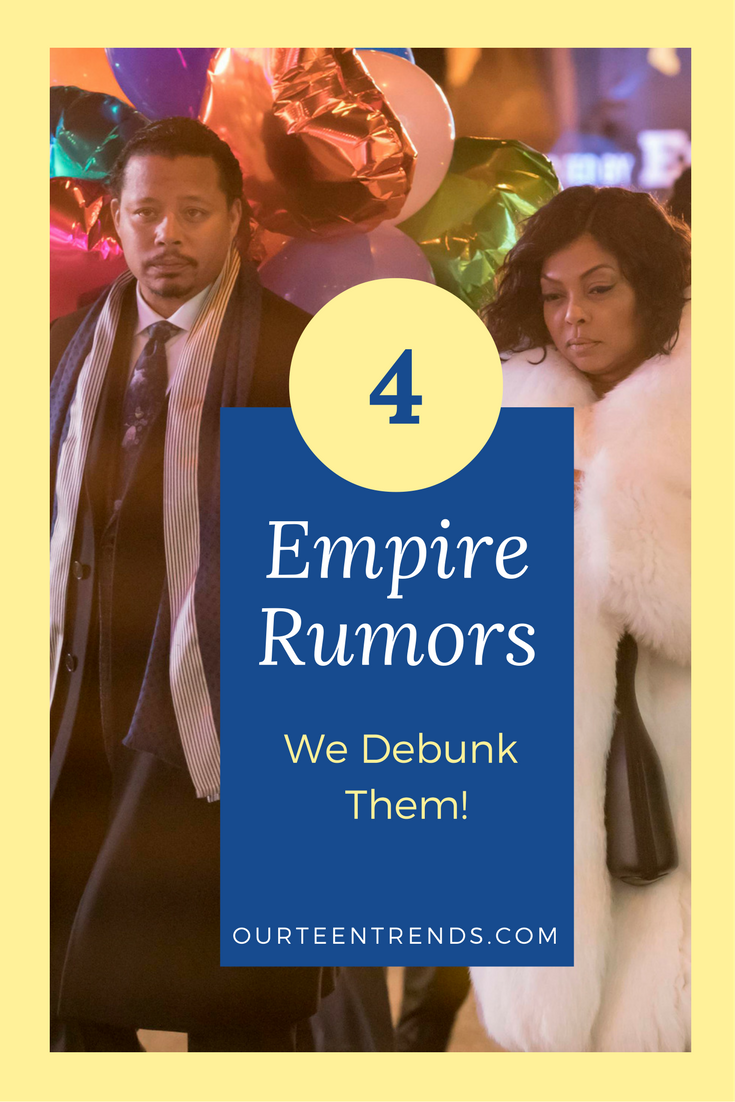 Like every other television show, Empire is not alone having many rumors swirling around. Some true, some false, some absurd.  We took some time to debunk some of those rumors.  Check out our list below and let us know what you think!

While we all know that Empire features a lot of on-screen drama, did you know that there were some off-screen happenings as well? Some turned out to be true, while others were merely tabloid rumors. Here is some off-screen Empire drama, including what is true and what is not.

Lee Daniels and Bryshere Y. Gray are a real-life couple! This one is completely false! As you know, Lee Daniels is the show’s director, executive producer, and co-creator, while Bryshere Y. Gray plays the role of Hakeem Lyon. The rumor started back in the summer of 2015, when Daniels constantly “liked” photos of Gray on his Instagram page. While Daniels is in fact openly gay, he has been in a long-term relationship. And Gray has never come out as being gay.

Trai Byers and Grace Gealey are a real-life couple! This one is 100% true! In fact, Trai, who plays the role of Andre and Grace, who plays the role of Anika, are indeed married! The couple started dating in the spring of 2015 while filming for Empire. Trai and Grace became engaged in July of 2015 but kept it a secret until October 7, 2015, when Grace announced their engagement during an episode of FABLife. The two were married on April 14, 2016, on Grand Cayman Island.

Have you heard any Empire rumors?  Share them in the comments so we can discuss!  Don’t forget our favorite show returns March 22 on FOX!