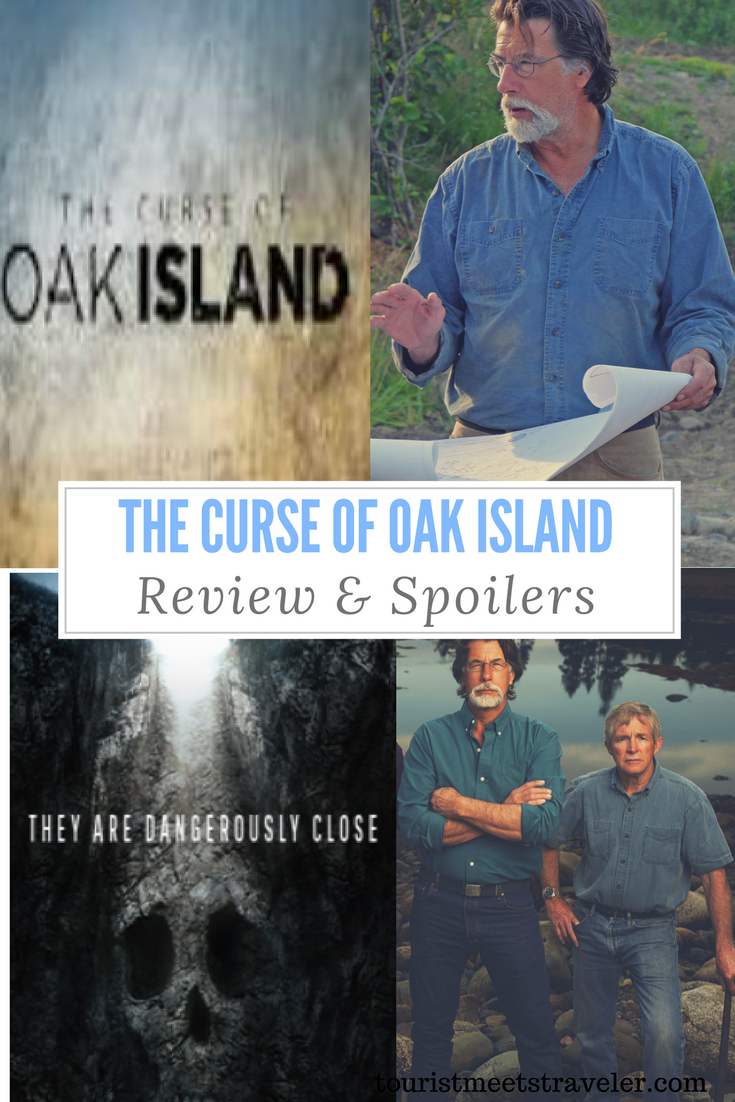 If a shocking new claim made on the latest episode of, “The Curse of Oak Island,” is true, the treasure hunters there now know the secret location of tons of buried gold bullion. Is this the ultimate clue that helps them to solve the longest, most expensive treasure hunt known to man?

In this week’s episode of The History Channel’s blockbuster reality-adventure hit, viewers watched as the latest treasure hunting team, led by Michigan brothers Rick and Marty Lagina, learned that an island neighbor is willing to let them dig up his patch of sand for what he claims is a fortune in gold.

Gary Clayton, the owner of nearby Little Mash Island, is unequivocal when he tells the team that underneath his scrap of land lies hundreds of tons of secreted gold. In fact, Clayton is not alone in his belief that this bitty island, just 400 feet from Oak Island, is the actual locale of the area’s legendary treasures.

Deadly serious, Clayton promises the Lagina team that he has, “the key to unlock your dreams.” Will they take the uber-confident man in the Indiana Jones hat up on his amazing offer?

The gracious, middle-aged Lagina’s are the latest treasure hunters to join in the 220-year old search for historic treasure and artifacts on diminutive Oak Island, Nova Scotia. There are many theories about what lies beneath this unassuming patch of dirt: Captain Kidd’s pirate booty, the Golden Menorah, Shakespeare’s lost manuscripts, even Marie Antoinette’s stolen jewels.

No team has had more success (or spent more millions) in unraveling the mysteries of Oak Island, and 2017 looks to be the year that the Lagina’s find irrefutable proof that something of value is tucked away here.

When presented with his evidence, the team deemed Rick’s findings promising enough to take immediate action; they began excavating a huge pit in search of the fabled Templar treasure.

Excited viewers were privy to the team’s subsequent astonishing find in this week’s revealing episode, “One of Seven.” The cameras rolled as the silent team members arrayed themselves around a giant earth mover, watching it’s talon claw open a massive hole in the ground. Almost immediately, the excavation uncovered sizable chunks of dank, darkened wood.

The hopeful team put a stop to the ear-splitting operation and scrutinized the findings: was this wood part of a legendary series of man-made platforms first discovered over 200 years ago?

If so, the timber signaled a monumental breakthrough because it meant that the elusive spot uncovered by the original Oak Island explorers (unleashing two centuries of frenzied treasure hunting!) had once again been revealed.

Is this latest find the beginning of the end for buried treasure on Oak Island? Spoilers for next week’s episode, “Of Sticks and Stones,” tease that the team may have unearthed wood (possibly a treasure chest?) that dates back to 1655!

Tune in next week to see why the team has unwittingly exhumed a dilemma, along with the most promising evidence to date, in the search for treasure on Oak Island. And, to find out if the team travel to neighboring Little Mash Island to disentomb a hidden trove of glistening bullion!

Don’t miss the February 14, 2017, episode of The History Channel’s, “The Curse of Oak Island,” at 9/8C. Could this really be the last time that we see the fellowship of the dig in action?