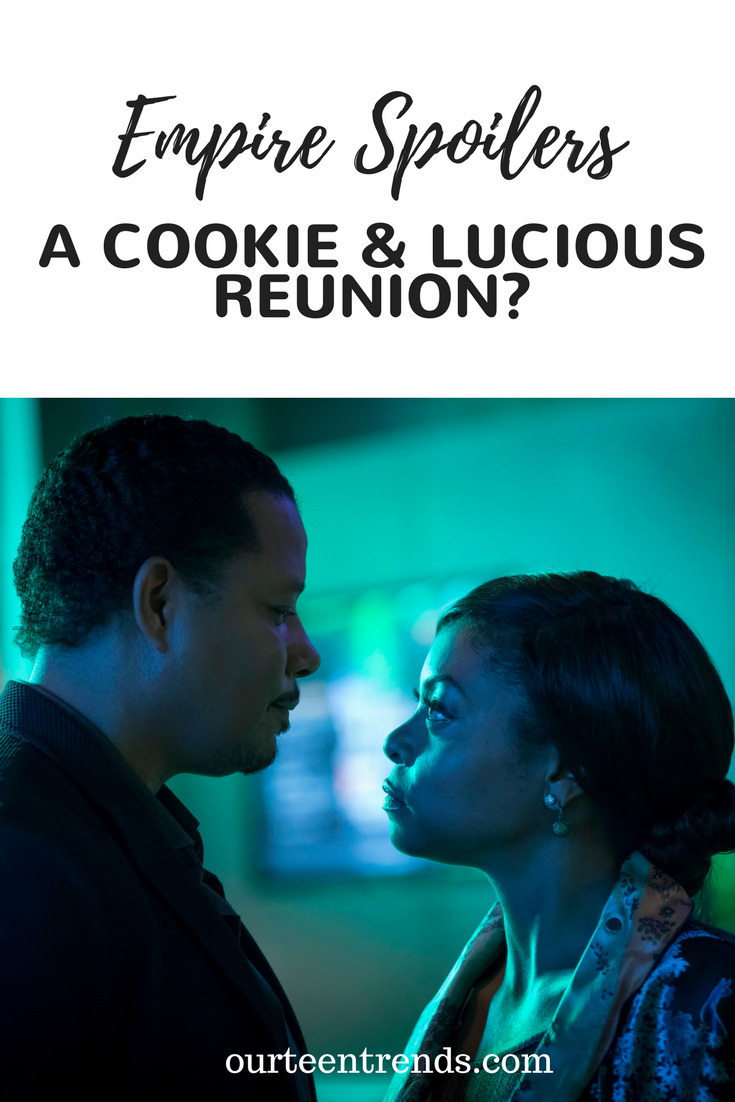 Empire returns to FOX on March 22 and the spoiler promos for season 3, episode 10 – ‘Sound And Fury’ – reveal Cookie [Taraji P. Henson] and Lucious [Terrence Howard] will share a passionate kiss. One of the sneak peek videos teases that Lucious and Cookie are headed for a reunion.

‘A Furnace For Your Foe,’ the last episode before the ‘Empire’ winter break, found Lucious retaliating against Diana Dubois [Phylicia Rashad] because she backed out of the deal to break up her son Angelo Dubois [Taye Diggs] and Cookie.

Lucious didn’t need Diana to split up Cookie and Angelo. He took the reporter who dug up the dirt directly to Cookie. Everything was revealed to the ex-Mrs. Lyon when the journalist told her all about Angelo’s car accident. Cookie found out that Angelo survived the crash but left his date to die.

FOX released the episode 10 sneak peek spoiler promo titled ‘You Can’t Deny Destiny.” A furious Cookie is seen storming through the halls of the Empire offices with a baseball bat. As Cookie proceeds to swing the bat, breaking everything in sight, she yells, “Lucious, I know you hear me.”

In a promo titled “What Is Love,” Cookie confronts Lucious about his actions. “You built this company on my back and now you want to erase me?” Lucious reaches for Cookie, pulls the mother of his children to him and they share a passionate kiss. Spoilers from the same promo tease that the kiss leads to sex as Cookie and Lucious are seen in bed together.

Related: How Well Do You Know Fox’s Empire: The Lyon Family Tree

The first half of ‘Empire’ season 3 was filled with flashbacks of Cookie and Lucious as teenagers. A young Cookie fell in love with Lucious the first time she heard him rap. The music mogul told Cookie that no matter what happens between them she will always be his first love.

Cookie spent 17 years in prison while Lucious built the Empire brand. In the 3 years since her release the exes have battled each other. Despite the bad blood between them, Cookie admits to Jamal [Jussie Smollett] that their love for each other runs deep. The Lyons’ middle son told his mother that is some kind of twisted love.

Lucious is still legally married to Anika [Grace Gealey] but it’s in name only. The only reason Lucious married Anika was to keep her from testifying against time.

Lucious has already dumped Anika once for Cookie, will he do it again? What will happen when Anika finds out Lucious and Cookie have reunited?

Find out on Wednesday, March 22 when ‘Empire’ returns to FOX with its spring premiere.