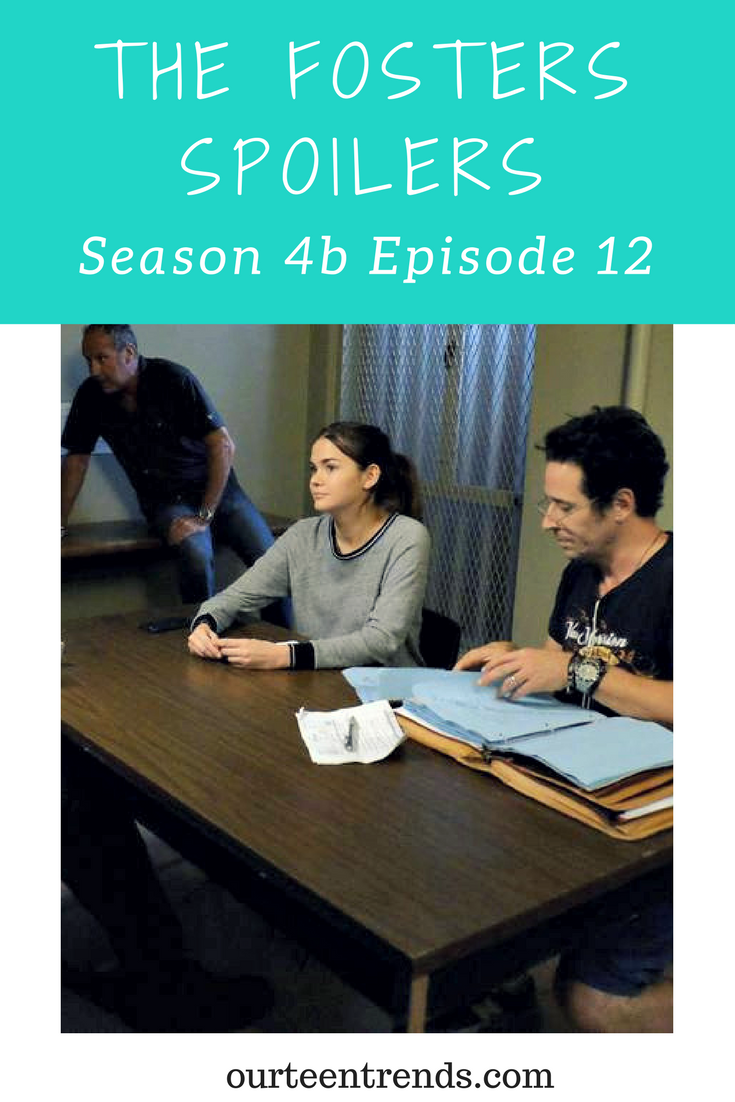 The Fosters season 4B, also called season 5, spoilers, first look photos and sneak peek clips for episode 12, ‘Dream a Little Dream,’ have been released. The second episode of the new season airs Tuesday, February 7 at 8:00 p.m. on Freeform.

‘Dream a Little Dream’ season 4-B episode 12 of the new season of ‘The Fosters’ has Stef Adams Foster [Teri Polo] and Lena Adams Foster[Sherri Saum] still standing vigil by Jesus Adam Foster’s [now portrayed by Noah Centineo] bedside as he lies in a medically induced coma.

The winter season premiere of ‘The Fosters’ episode 11, ‘Insult to Injury,’ picked up right where the summer season episode 10 left off. Jesus was rushed to the hospital after a fight with Nick Stratos [Louis Hunter]. Things took a turn for the worse and Mariana Adam Foster [Cierra Ramirez] is distraught with guilt over Jesus’s condition.

You Might Also Like —> Switched At Birth Season 5 – First Photos And Spoilers Episode 2: Daphne And Mingo Cause Controversy

In a sneak peek at ‘Dream a Little Dream’ viewers will hear a flatline as Jesus, sweating and breathing heavily, “awakens” from the coma only to find a darkened and empty hospital. According to the synopsis released by Freeform, Jesus will dream about saving Mariana but he isn’t able to reach her. While Jesus is fighting for his life Mariana will seek comfort from Mat Tan [Jordan Rodrigues].

Exhausted, Lena and Stef still need to deal with Callie Jacob’s [Mala Mitchell] current legal problems. Callie has been arrested on felony charge of hit-and-run. Callie is in serious trouble, and future ‘The Fosters’ spoilers indicate it’s not all related to the hit-and-run.

A video preview of ‘The Fosters’ spoilers for season 4-B episode 12 reveal that the detectives will question Callie and Troy about the hit-and-run. As ‘The Fosters’ viewers remember Troy Johnson [Levi Fiehler] was knocked out after the crash.

Callie got out of the car and called 911. Troy came to, went after Callie who raced away, got in the car and took off to escape the lunatic. Callie gets finds herself, once again, caught up in the legal and correction system. ‘The Fosters’ spoilers indicate that Callie’s entire future will be at risk.

While all this is going on Brandon Foster [David Lambert] needs to figure out a way to let Stef know he didn’t get in to Julliard because he took the SAT’s for someone else and got caught. Callie knows, Mama Lena knows, but Stef doesn’t.This news will just add to the struggles facing the family during ‘The Fosters’ winter season. Future spoilers tease that Brandon revealing he didn’t get into Julliard because of academic fraud could be the least of his problems. Sex with Cortney Strathmore [Denyse Tontz] may lead to an unplanned pregnancy.

This news will just add to the struggles facing the family during ‘The Fosters’ winter season. Future spoilers tease that Brandon revealing he didn’t get into Julliard because of academic fraud could be the least of his problems. Sex with Cortney Strathmore [Denyse Tontz] may lead to an unplanned pregnancy.