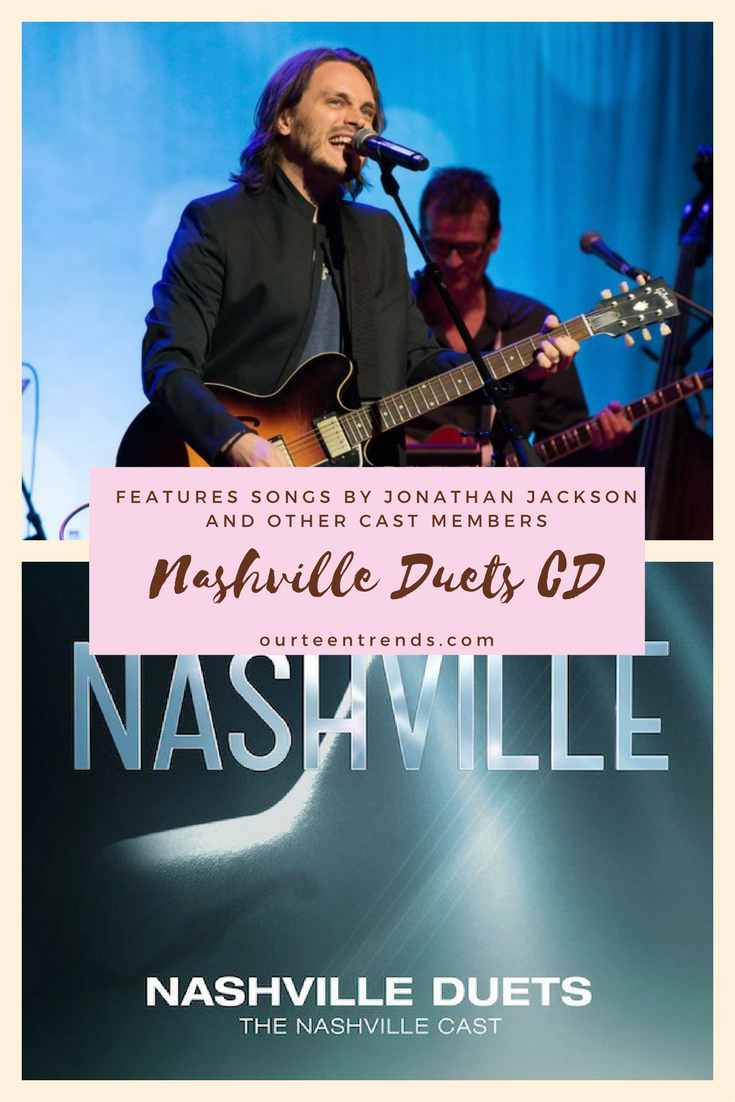 Hayden Panettiere joins Jonathan Jackson [Avery Barker] for ‘Hold You In My Arms,’ and Chris Carmack [Will Lexington] for ‘Can’t Say No To You.’

‘I Ain’t Leavin’ Without Your Love,’ sung by former cast member Chaley Rose [Zoey Dalton], Jonathan Jackson and Sam Palladio has also been included on the ‘Nashville Duets’ CD.

The track list for ‘Nashville Duets’ includes ‘If I Didn’t Know Better,’ ‘When the Right One Comes Along,’ and ‘All of Me’ collaborations sung by Sam Palladio [Gunnar Scott] and Clare Bowen [Scarlett O’Connor].

Other songs featuring Connie Britton include her duet ‘Ball and Chain’ with Will Chase [Luke Wheeler]. Also, ‘The Rivers Between Us’ with Charles Esten.

‘If Your Heart Can Handle It,’ sung by Chris Carmack and former cast member Aubrey Peeples [Layla Grant], garnered a spot on the CD.

While you wait you can pick up “Eye Of The Storm” by the Nashville cast that was released on February 15, 2017.

ABC canceled ‘Nashville’ following the fourth season of the drama. Nashies were furious and began a campaign to bring the show back to television. Lionsgate Television and CMT negotiated a deal and ‘Nashville’ returned for its fifth season on Thursday, January 5.