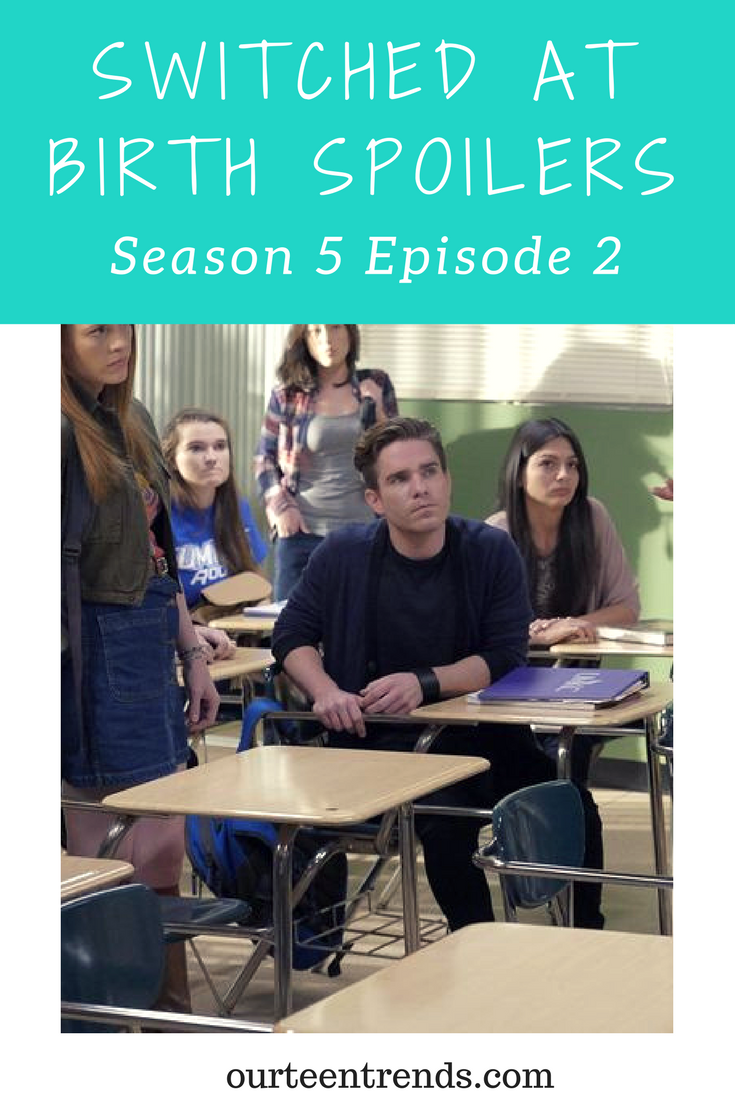 More Switched At Birth season 5 spoilers have been released. Get a first look at ‘This Has To Do With Me.’ Expect Freeform to tackle the very sensitive topic of race relations and freedom of speech in the second episode.

In a synopsis of ‘Switched At Birth’ episode two, season 5 viewers discover that photos of Daphne Vasquez [Katie Leclerc] and ex-boyfriend Greg ‘Mingo’ Shimingo [Adam Hagenbuch] dressed for a costume party as their favorite singers will cause tension on campus.

The controversy begins when photos of Mingo dressed as Lil Wayne go viral. The student body is thrown into a discussion about a white student dressing as the black rapper. Mingo’s intentions were not driven by prejudice – Lil Wayne is his favorite singer.

Following the party, and the photos going viral, Daphne runs into her friend Sharee Gifford [Bianca Bethune] on campus. The friends are excited to see each other – Daphne spent some time abroad in China and Sharee wants to know all about it.

Sharee can tell something’s wrong and that Daphne isn’t excited to talk about her travels. Daphne begins to explain about the party and Sharee has seen the photo. Daphne wants to know if Sharee was offended.

“Not really. I get why people are upset, but I don’t let stuff like that get to me. Some kid acting like a fool is not worth my time,” Sharee tells Daphne. Her friend’s words do little to comfort Daphne. It’s upsetting that people who don’t know Mingo are walking around campus saying awful things about him.

Meanwhile, Luca [Michael Galante] will pursue Regina Vasquez [Constance] Marie. During ‘Switched at Birth’ episode two, it will become apparent to Luca that the age difference gap may be bigger than he thinks.

He’ll quiz her about her age and when he finds out she’s 40-something it doesn’t stop his pursuit. Future ‘Switched at Birth’ series finale spoilers reveal that Luca cannot resist kissing Regina and things may get hot and heavy after that. According to the actor’s IMDb page he is slated to be in at least two episodes of the series finale.