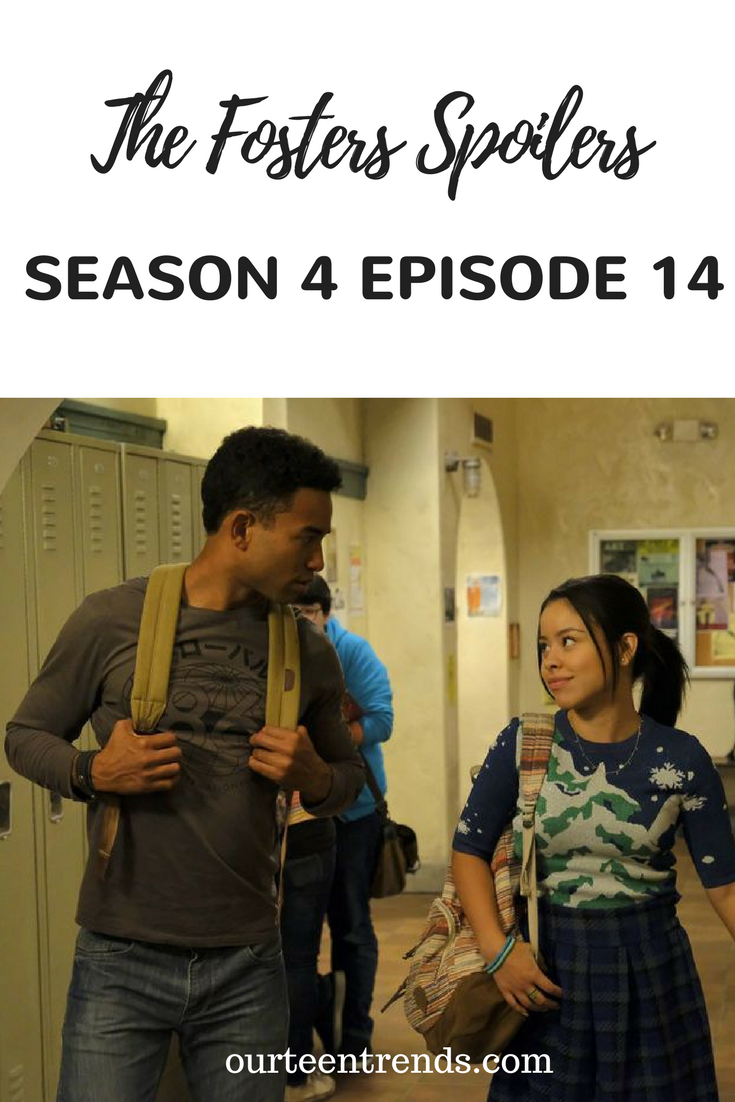 The Fosters spoilers for season 4, episode 14 ‘Doors And Windows,’ reveal how Jesus [Noah Centineo] is coping with his traumatic brain injury. In a sneak peek, we find Jesus at physically therapy accompanied by Lena [Sherri Saum]. In the sneak peek we also see Lena and Stef [Teri Polo] arguing – Stef may be in danger of losing her job.

Holding up a flashcard, the physical therapist asks Jesus to read what is on the card. A frustrated Jesus drops the weights and declares that he is done. Lena tries to encourage Jesus but he lashes out in anger and tells Lena to shut up.

Speaking of problems, Lena and Stef don’t know which one of their children faces the hardest challenges. Callie went before the judge for a fitness hearing. Though the public defender made a good case for Callie, but the judge decided that Callie will be tried as an adult.

Now Callie’s biological Robert [Kerr Smith] is back in the picture accusing Stef and Lena of bad parenting. Robert steps in, posts Callie’s bail, retains his attorney for her defense, and Callie went home to await trial.

If Jesus’s angry and emotional outbursts continue will Stef and Lena be left with no choice but to send their son to rehab at the hospital? Will a jury find her guilty, send her to prison for 5 to 10 years, leaving the teenager with a felony record for the rest of her life?

Tune in to find out what happens with Lena, Stef, Jesus and Callie. ‘The Fosters’ airs Tuesdays at 8:00 p.m. ET on Freeform.