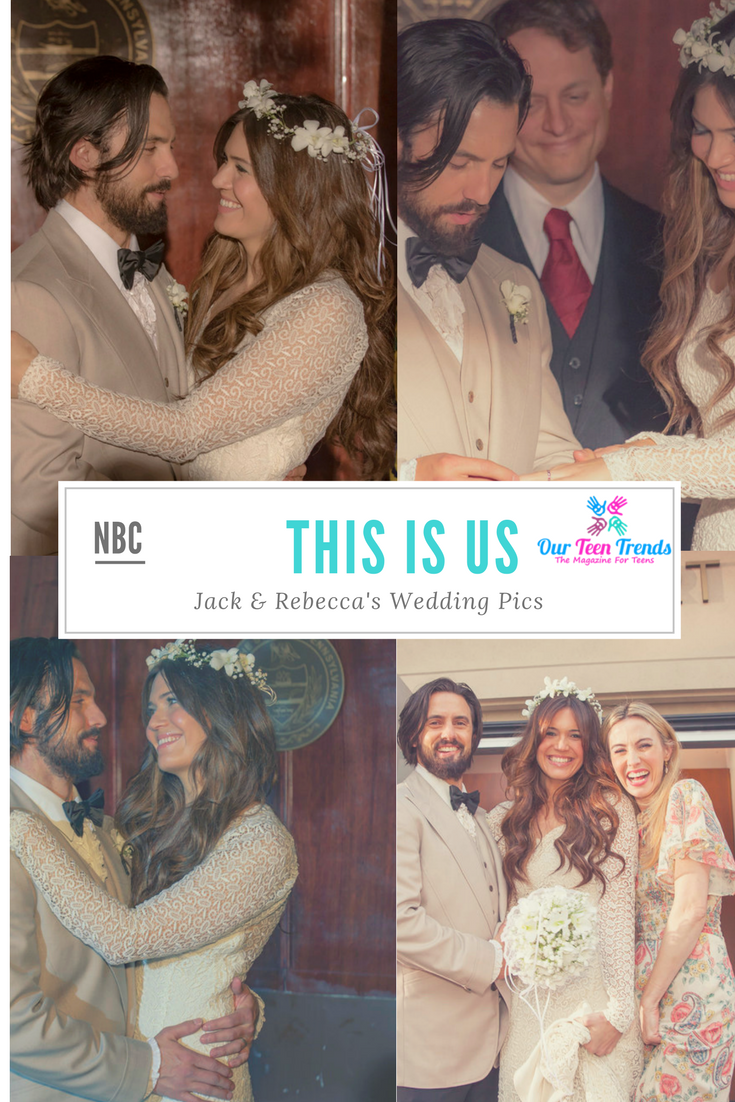 ‘This Is Us’ spoilers for Tuesday, February 7, 2017, promise to bring us all to tears as the episode ‘I Call Marriage’ will reveal flashbacks to Jack (Milo Ventimiglia) and Rebecca’s (Mandy Moore) wedding day.

Sources have released pictures of the upcoming episode showing the sweet, intimate wedding between one of TV’s most-loved couples. It is clear that Miguel (Jon Huertas) was Jack’s best friend since he was a big part of their day as their best man; it will be interesting to see how Jack has since passed away and Miguel marrying Rebecca, no?

Fans of This Is Us have become very invested in storylines involving Kevin (Justin Hartley) and his conflicting love life and his constant cries for help from his siblings. His twin sister, Katie (Chrissy Metz) is dealing with real-life issues with her weight; she recently got engaged to the lovable Toby (Chris Sullivan), who almost died at Christmas. Katie is currently annoyed but intrigued by a new man at what she likes to call, “fat camp” named Duke (Adam Bartley). Could a new love triangle be on the horizon?

Randall (portrayed by award-winning Sterling K. Brown) is currently trying to cope with several things, including his newfound his birth father, William Hill (Ron Cephas Jones), who is bi-sexual. Randall also discovered that his adopted mother, Rebecca hid the fact she knew his father all along. On top of all that, William has stopped his chemotherapy and accepted that his life is coming to an end quickly.

This Is Us has been nominated for several awards and already won awards like People’s Choice Award for Favorite New TV Drama and Critics Choice Television Award for Most Exciting New Series. If you have not had the chance to see This Is Us, we strongly encourage you to check it out and find out what you have been missing. Tuesday nights on NBC have never been more exciting.

Be sure to tune into NBC’s This Is Us on Tuesday, February 7, 2017, to witness the marriage of Jack and Rebecca Pearson and check Our Teen Trends often for updates and news!

[CLICK ON IMAGES TO ENLARGE pics from Season 1 episode 14]