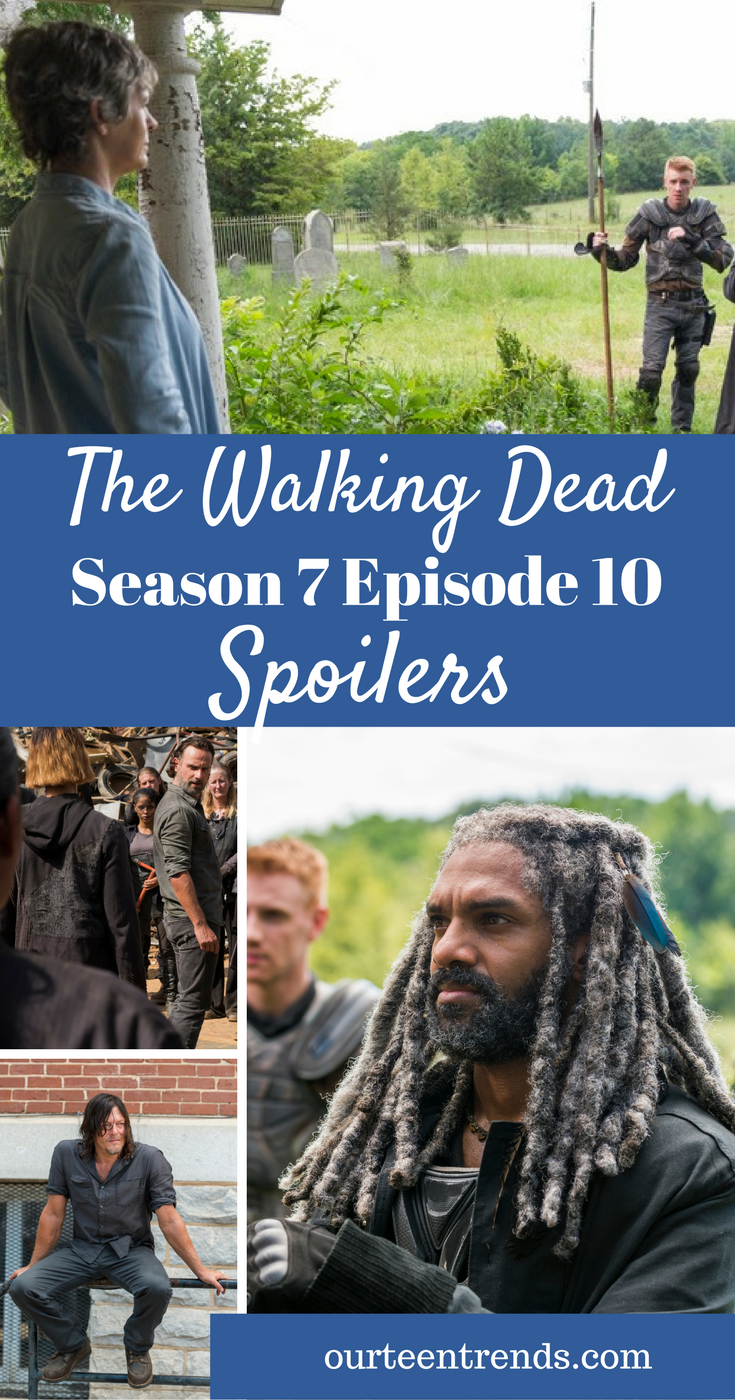 The Walking Dead season 7, episode 10 – ‘New Best Friends’ – spoilers reveal that a mystery woman will bargain with Rick [Andrew Lincoln] for the Survivors lives. Daryl gets another crossbow and prepares the Survivors for a retaliation to regain control from the Saviors.

‘TWD’ viewers are already very much aware that Rick, Daryl and the rest of the Survivors are planning to wage war on Negan [Jeffrey Dean Morgan] and his followers. ‘The Walking Dead’ spoilers for season 7, episode 10, tease it may be sooner than later.

The Survivors may an find ally in the mystery woman. ‘The Walking Dead’ spoilers tease she may be a disgruntled former member of Negan’s crew with her own following.

‘The Walking Dead’ sneak peek for episode 10 opens with this mystery woman seen offering Rick a way out of the abuse the Survivors have suffered. “We own your lives. Wanna buy them back?” the woman asks Rick. What can Rick do? He and his followers are surrounded, essentially prisoners of this woman and dozens of her followers.

Rick has no idea who this woman is and responds, “The Saviors, they own our lives. And they will come looking.” But, Rick tells the woman, “There is a way out.” Is the key to Rick and Daryl gaining control again held by the mysterious woman and her crew?

While Rick is negotiating with the leader of what ‘The Walking Dead’ viewers refer to as the Garbage Pail Kids, Richard [Karl Makinen] shows up at Carol’s [Melissa McBride] with Ezekiel [Khary Payton]. ‘TWD’ spoilers tease that Richard is probably there to kill Carol.

At some point Richard meets up with Daryl and it is believed he tells the crossbow-wielding Daryl his plan to take out Carol. If this spoiler is indeed true, it looks as if Daryl will give Richard a beat down. Whether or not Daryl kills Richard at this point is not known. But according to spoilers for ‘The Walking Dead’ season 7, episode 10, Daryl and Carol will be reunited.

‘The Walking Dead’ season 7, episode 10 spoilers indicate that Carol and Daryl’s reunion will be brief. Daryl needs to return to the Survivors and prepare to take down Negan and the Saviors. Will the mystery woman and the Garbage Pail Kids team up with Rick to take down Negan?