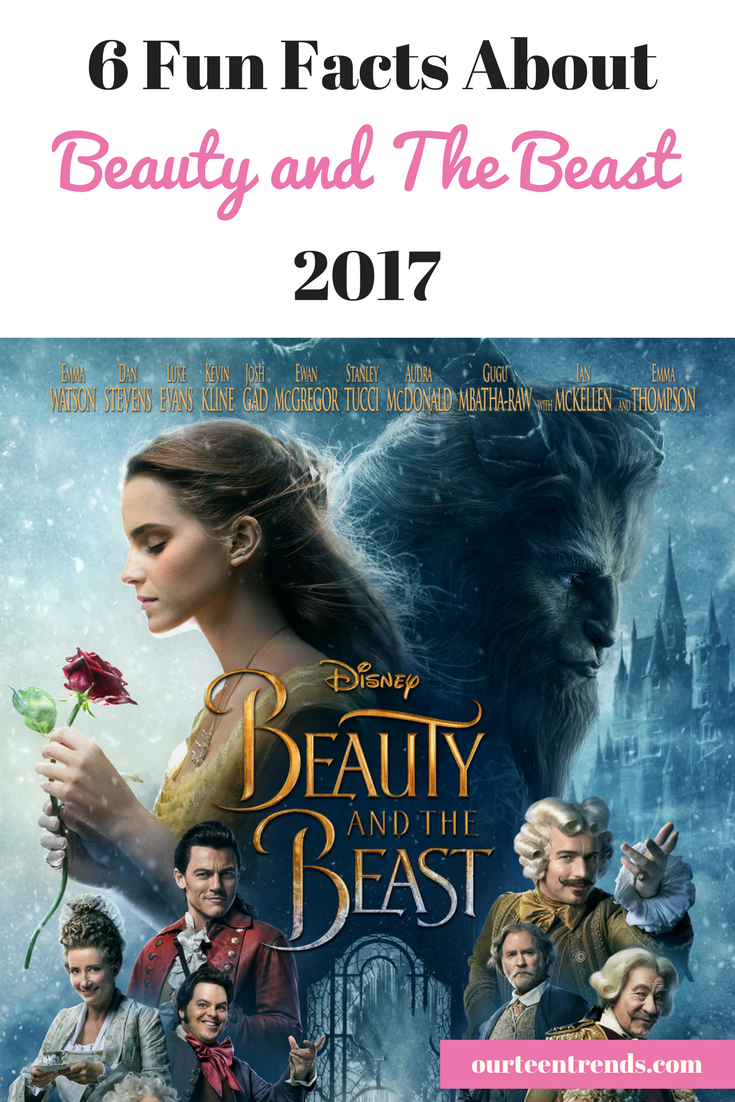 It may be a tale as old as time, but Beauty and the Beast will soon be getting the live-action twist that we’ve all been looking forward to. To help you prepare yourself, and your youngsters for a wonderful fairytale experience, we’ve put together some fun facts that you might like to know about the upcoming remake.

1.    This Isn’t the First Time a Movie was Suggested

Back in 2009, Disney began the process of transforming Beauty and the Beast into a film adaptation, based on the 1994 Broadway musical. However, in 2011, a composer for the creation, Alan Menken noted that the film version of the musical had been canned. By the time, April 2014 rolled around, Walt Disney Pictures had started reconsidering their tale from a different angle, developing a live-action story that would follow in the footsteps of Cinderella, Maleficent, and Alice in Wonderland. Interestingly, this is still the second live-action Beauty and the Beast movie to be released over three years. The first one is only available in France, and is known as “Belle et la Bete”

2.    It Features Original Scores (But not From the Musical)

The original composer for everyone’s favorite animated movie, Alan Menken, will be returning to score the music, which will feature songs from the original film. There will also be new songs written for the live-action movie itself, but the film will not include any of the songs that were written for the Broadway musical.

The actress who voiced Belle in the original animated film, Paige O’Hara, offered to give Emma Watson, the leading star in the new movie, singing lessons!

During its first 24 hours, the Beauty and the Beast trailer reached around 91.8 million views, which far-excelled the number of views for similar films distributed by Disney, including Captain America: Civil War, Avengers: Age of Ultron, and even Star Wars: The Force Awakens.

Ewan McGregor commented that the toughest aspect of playing Lumiere was trying to get the character’s accent perfect. He noted that he continued to have problems even though his wife of 20 years is French. Ewan felt that his voice ended up sounding more Spanish than French most of the time.

Finally, Ryan Gosling was originally offered the role of Beast in the new movie, but he turned it down so that he could appear in La La Land instead. Interestingly, Emma Watson also turned down the leading role in La La Land to make sure that she could complete shooting for Beauty and the Beast!

Are your children looking forward to The Beauty and the Beast?  Let us know in the comments if you will be going to see the movie!