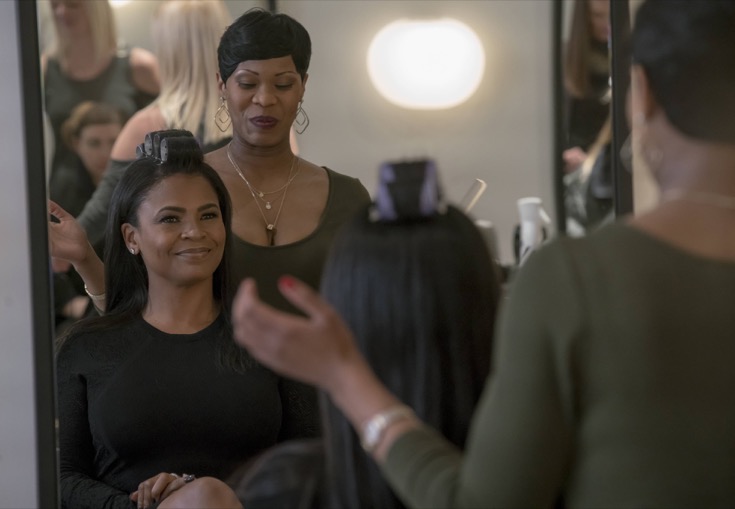 It looks like Empire star Taraji P. Henson’s beef with Nia Long is for real. There’s a new report that says Nia Long is getting blasted for her alleged treatment towards the hair, makeup and wardrobe staff on the hit FOX musical drama, ‘Empire.’

Earlier reports say that Taraji P. Henson was disgusted with the way Nia treated the staff, as she was often unprofessional and downright rude to them. Things eventually got so bad between Taraji and Nia that ‘Empire’ producers were forced to film their scenes separately. That’s because Taraji refused to speak to Nia or even work with her for that matter.

Related: How Well Do You Know Fox’s Empire: The Lyon Family Tree

And now according to TMZ, an official complaint has been made against Nia Long for the way she allegedly treated and disrespected the hair, makeup and wardrobe staff. The team alleges that Nia was often verbally abusive towards them, especially when she didn’t like her look and styling. She often chewed them out in front of the rest of the crew and cast members.

But now that there’s an official complaint made against Nia, a lot of ‘Empire’ fans believe that Taraji’s beef with the actress is for real. What’s more, insiders say that Nia is now threatening to sue the show for the “improper good-bye” she received from the show’s staff. Yet, her rep denied the earlier feud reports by saying, “Throughout her long, established career, Nia has been nothing but a consummate professional treating all members of productions with respect. This is nothing but another complete fabrication about a series that has been plagued by constant rumors of drama and misconduct.”

So who to believe here? The truth will soon come out, although there’s also a good chance that ‘Empire’ fans won’t be seeing Nia Long’s character for season 4. In fact, insiders believe Taraji will make sure that doesn’t happen.

Tell us, do you think Taraji P. Henson and Nia Long are feuding over this issue? Is Nia the kind of person who would act rude and unprofessional on the set of a television show? So far Taraji has made no comments about the ordeal, although it wouldn’t be surprising if she had something to say about this sooner rather than later. Drop us a line with your thoughts in our comments section below. Also, don’t forget to come back to Our Teen Trends for all the latest news, updates and spoilers on ‘Empire’ right here!