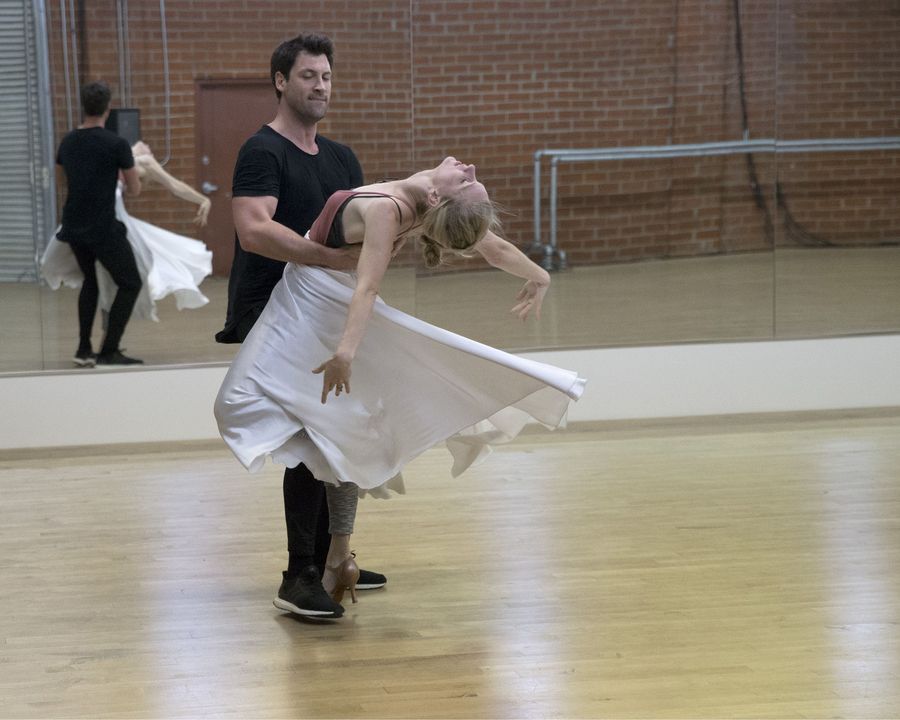 On March 1st, 2017, the cast for Dancing with the Stars (DWTS) season 24 was finally revealed. The season hasn’t officially kicked off and there already seems to be controversy over one of the celebrities.

Heather Morris, who is probably best known for her portrayal of Brittany S. Pierce, a cheerleader at McKinley on the former hit series GLEE. Others may not have been as familiar with her role and romance with Santana (Naya Rivera), but they must have heard what is happening on DWTS since her name has been announced as one of the celebrity dancers.

#TeamMaksimumHeat coming at ya in a few days! #DWTS pic.twitter.com/ryfbxTjR55

Dancing With the Stars is a competition that takes regular celebrities, past and present, who have little to no dance experience and transforms them into ballroom dancers; but what happens when one of the celebrities has a dance background?

Heather Morris, has not only appeared on another TV dance competition, she was a backup dancer for Beyonce. Heather and her professional partner, Maksim Chmerkovskiy don’t seem to have an issue with it, but some fans and competitors do. What do you think of it?

Dancing With the Stars’ season 24 is set to debut on ABC Monday, March 22, 2017, do we need to be concerned about those passionate viewers who might repeat last season’s debut by booing Heather off the stage, forcing the competition to halt while they remove unruly attendees?

Maybe DWTS viewers should look at this as an advantage; if Heather Morris is such an amazing dancer and has all the professional values of one, the judges will acknowledge her dance background and critique her much harder than the rest. Either way the upcoming season is promising to be as entertaining as ever.