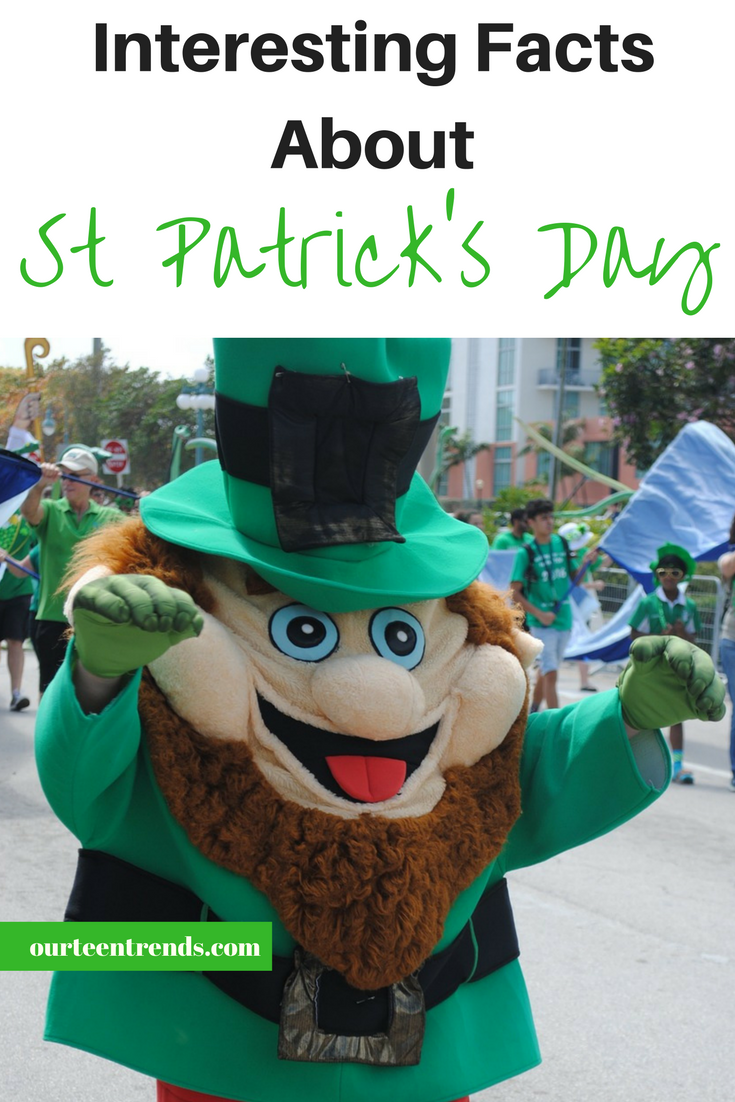 Saint Patrick wasn’t Irish at all

Blue is actually the original color of St. Patrick’s Day and not green, as most people think. The color stayed blue for hundreds of years until it was changed to green, presumably after Saint Patrick began talking about the Irish people and the shamrock.

St. Patrick’s Day was formerly a dry holiday in Ireland

There are numerous parades in the U.S

There is said to be more than 100 parades in the United States each year that feature unique themes, colorful floats and Irish music. Fun fact: the shortest St. Patrick’s Day parade is held in Hot Springs, Arkansas, being only 98 feet for the parade route.