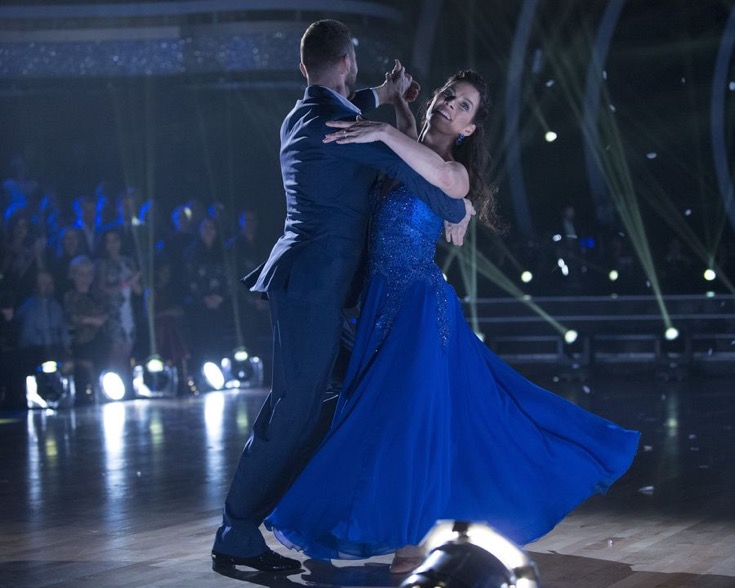 Is there a new feud brewing between former Olympian ice skaters Kristi Yamaguchi and Nancy Kerrigan? That’s because Kristi recently shared a cringe-worthy tweet to Nancy that Twitter is up in arms about. Nancy is currently hoping to win the Mirror Ball in ‘Dancing With The Stars’ Season 24. Kristi won the reality competition show back in 2008.

Kristi drew a lot of criticism for a tweet that many of Nancy’s fans see as downright mean and nasty. She posted a tweet to Nancy that said, “Can’t wait to see you grace that ballroom floor, break a leg!”

So excited for you @NancyAKerrigan ! Can’t wait to see you grace that ballroom floor, break a leg! 💃🏻#DWTS

As many of her fans know, Nancy Kerrigan was a 1992 Olympic Bronze medalist and a 1994 Olympic Silver medalist and a two-time world medalist. Her Olympic rival Tonya Harding was behind Nancy’s attack that was heard all over the world. Tonya’s ex-husband hired an assailant to attack her with a police baton. The assault was recorded on a television camera and broadcast around the world. The footage showed Nancy grabbing her knee and crying, “Why, why, why?”

It’s not surprising that Kristi is getting a lot of heat for her cheap shot. A lot of her social media followers thought her choice of words were rather insensitive, especially since Nancy’s attack made huge headlines back in 1994. But for Nancy, it doesn’t look like she took the tweet offensively. Or if she did, she’s not letting the public know about her true feelings. Nancy responded to Kristi with, “Thank you so much Kristi! I’m excited to get this started!”

Thank you so much Kristi! I'm excited to get this started said for the advice you had for me. this its a blast! https://t.co/MMagD7gLgw

Do you think Kristi’s tweet was inappropriate? Was she trying to be funny or is there some bad blood between these two women that we don’t know about? That’s what fans are trying to figure out. Plus, Kristi knew that by telling Nancy to ‘break a leg’ she would make headlines for her tweet. Kristi is on to something and fans want to find out what it is.

So far Kristi herself has not responded to the backlash. Tell us, do you think Kristi Yamaguchi purposely threw shade at Nancy Kerrigan with her ‘break a leg’ tweet? Do you think Nancy will have something to say about this behind closed doors? Let us know what you think by dropping us a line with your thoughts in our comments section below.

Also, don’t forget to check back with Our Teen Trends for all the latest news, updates and spoilers on ‘Dancing With The Stars’ Season 24 right here!