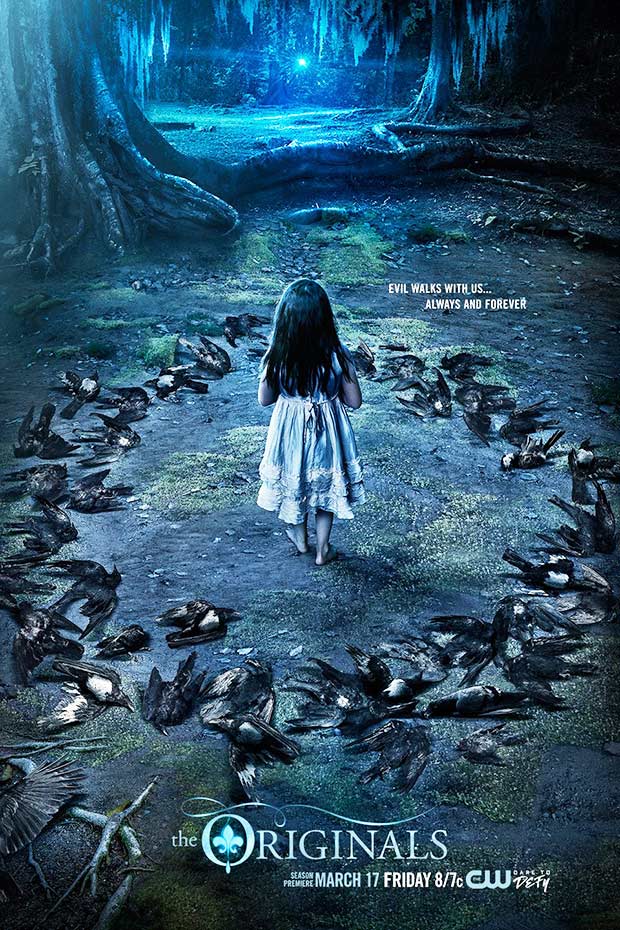 No-one ever said that it would be a breeze growing up as the daughter of Klaus Mikaelson, but the artwork released to tease us and whet our appetites for The Originals Season 4 could indicate that Hope’s future is more chilling than we all expected.

There’s not long left until the Original returns for Season 4, and the darkness has already started to rise in this TV world in the absence of Mikaelson.

To give you a look into what happened when we last left off, during the end of season 3, every single one of the Mikaelsons were incapacitated. Joseph Morgan (Klaus), was in a coma after being stabbed by Charles Michael Davis’ character Marcel with the Tunde blade. Clair Holt’s character, Rebekah is cursed to emerge as a ripper, and Riley Voelkel’s Freya is poisoned. What’s more, both Nathaniel Buzolic’s character Kol, and Daniel Gillies’ character Elijah have been bitten without a cure.

Each of the last four Mikaelsons have connected their souls in a spell to make sure that they’re not going to wake up before their brothers. However, at the same time, Phoebe Tonkin’s Hayley is on the road trying to find a cure for everything that’s gone wrong, while Marcel takes over New Orleans.

What We Can See from the New Poster

In the official poster for season 4, things look pretty bleak. The season, which premieres on the 17th of March on the CW, will feature a slightly-more grown-up Hope. According to an interview with Michael Narducci, Hope will share the street smarts of her mother, while maybe showing some of her father’s temper too. Simply put, young Hope could emerge as the ultimate Mikaelson, and a big threat.

We imagine that some of the family is going to need to be woken up for season 4 – or this wouldn’t be the Originals, but what’s left to be seen is how they come after Marcel following season 3’s big blowout.

The poster is exciting, but it leaves much to be desired in way of an explanation. We’ll just have to wait and see what happens next…