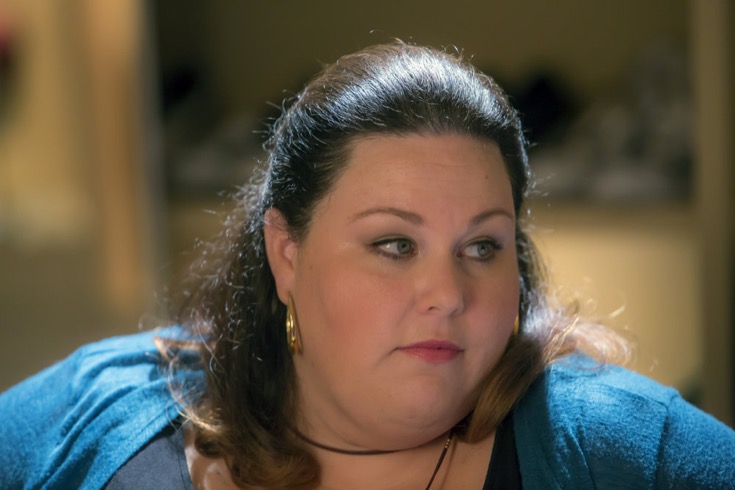 Chrissy Metz doesn’t want her ‘This is Us’ character Kate Pearson to lose weight the simple and easy way. Instead, she is hoping that writers of the hit NBC dramedy don’t give Kate the chance to figure things out right away. Many reports have indicated that Chrissy is contractually obligated to lose weight for ‘This is Us’ Season 2’s storylines.

But is Chrissy trying to buy time before losing weight? That’s what some fans want to know. In fact, Kate told Glamour Magazine recently, “The physical aspect [of weight loss] with the mental and emotional have to come together, but she has to get over all of the things that she’s been really stuffing — truly stuffing — for the past 36 years,” Metz explained. “I kind of don’t want her to figure it out right away.”

Then again, many ‘This is Us’ fans believe that Chrissy Metz might simply be trying to stall her own weight loss journey. After all, past reports have indicated that her character Kate Pearson is supposed to look much slimmer by season 2. But with only a few short months in between seasons, Chrissy doesn’t have much time to lose weight. Some insiders have even said that producers were hoping that Chrissy would have gastric bypass surgery, just like her character Kate had planned on the show. But at this point, it doesn’t look like it will happen. Instead, Chrissy has made it clear that she wants to lose weight the healthy way by working out and eating a proper diet.

Yet nobody knows why Chrissy Metz hasn’t lost weight for the show. A lot of fans believe that if it hasn’t happened already, it never well. If that’s the case, then Chrissy will have to explain to her fans the reason why she refuses to lose weight. Sure, she’s been a positive role model for the plus-size community but at the same time, ‘This is Us’ producers have been teasing a major transformation for Kate Pearson for months now. And if it doesn’t happen, then it will be a major let down for viewers.

Tell us, do you think Chrissy Metz is stalling her weight loss on purpose? Let us know what you think by dropping us a line with your thoughts in our comments section below. Also, don’t forget to check back with Our Teen Trends with all the latest news, updates and spoilers on ‘This is Us’ right here!