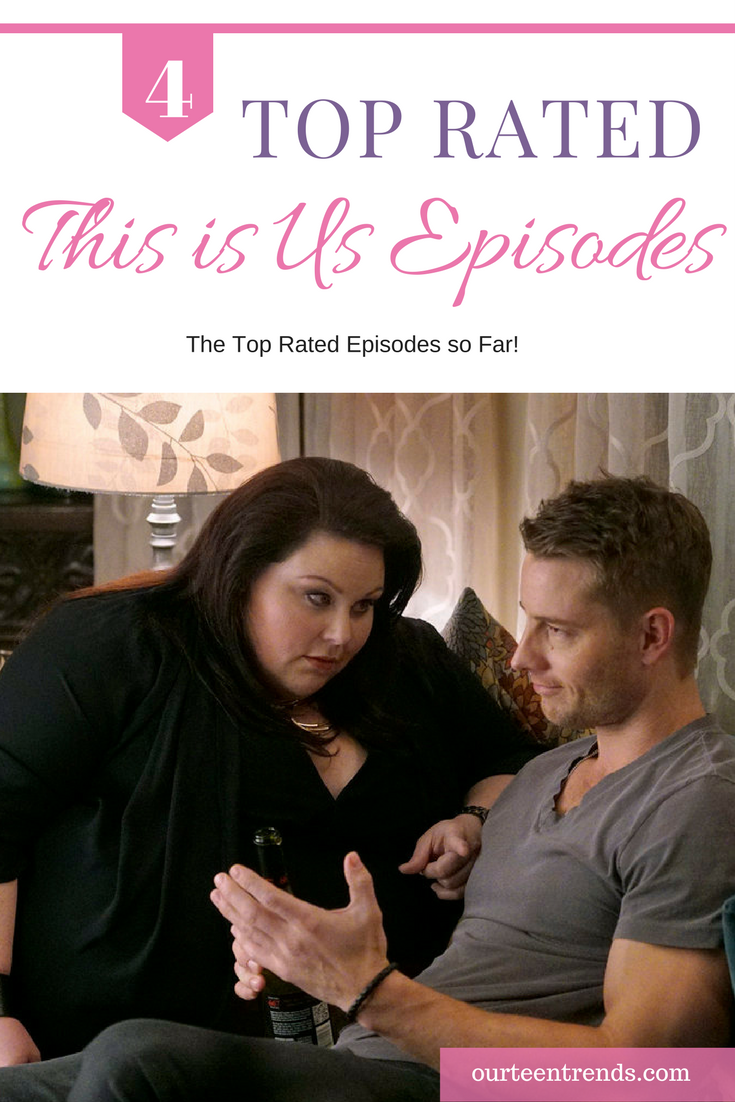 Although This Is Us is only 16 episodes into the first season, as of February 21, 2017, the comedy-drama series has managed to rack up some quite impressive numbers when it comes to viewership. People are loving this new series and the cast. Here are some of the top-rated episodes so far of This Is Us.

10.95 million viewers in the U.S.- This is the episode, and the show’s highest-rated so far, where we learn that Randall’s biological father, William, is bisexual. We got to know more about William’s character in this episode, including his relationship with Jesse. Also in episode 10, Toby shows up to Randall’s house, where the family is gathering for the holidays. Previously, Toby and Kate had split up but he realized he needed her more than he thought. And lastly, we had to wait until episode 11, which aired on January 10, 2017, to discover Toby didn’t have a heart attack after all, but instead suffers from cardiac arrhythmia.

10.07 million viewers in the U.S.- It is rather unusual for a television series to reveal a major plot twist in the premiere episode, but this is just what This Is Us did by revealing that the storyline of Jack and Rebecca takes place during the 1970’s. We are also introduced to the show’s other main characters; Kate, who meets Toby at a weight loss support group; Kevin, who is acting on the sitcom The Manny and Randall, who tracks down his biological father, William.

Related: Fun and Interesting Facts About This Is Us

9.87 million viewers in the U.S.- In episode 3, we find out that Rebecca knew Randall’s biological father, William, since Randall was born. We also learn that William met Randall’s biological mother on a bus ride. After Randall is born, William leaves him at a fire station. Also in this episode, we learn the sad news that William’s stomach cancer is terminal.

WATCH THIS IS US ONLINE, HERE!

9.71 million viewers in the U.S.- After revealing major plot twists in the first 3 episodes of the series, the executive producers, and the writers decided not to reveal anything major in this episode. It was nice to be able to just watch the show without having to wonder what the plot twist of the week would be.

Have you watched This is US?  Are you loving this new NBC series as much as we do?  Share in the comments what has been your favorite episode!