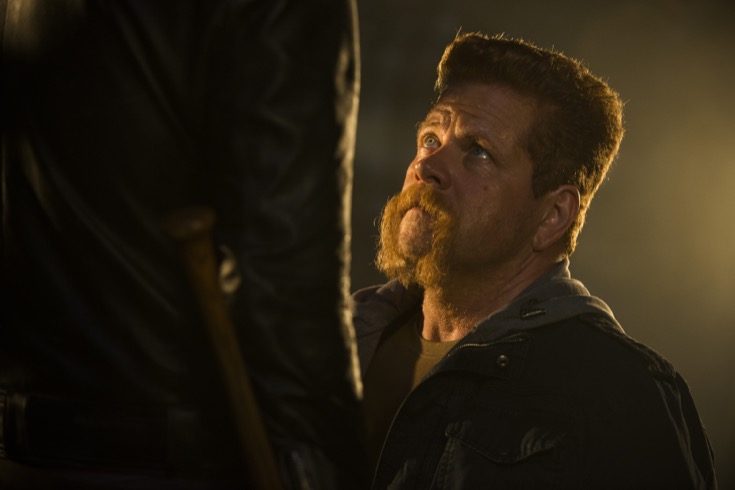 If you were thinking that you’d seen the last of Michal Cudlitz when Negan introduced him to his baseball bat Lucille on The Walking Dead, then think again. Although it’s unlikely that we’re ever going to see Michael on the set of TWD again, that doesn’t mean he’s gone for good from our television screens. In fact, he’s landed a brand-new role in ABC’s “The Trustee” as Captain Timothy Waits.

In his new role, Cudlitz will be playing a wry police captain who has to learn to appreciate that things can’t always be done by the books if you want to get results. We think this sounds like a pretty great position for Cudlitz, who has a perfect sense of humor and toughness about him that makes him an ideal police captain.

If you haven’t checked out “The Trustee” yet, it’s been written by “Smurfs” writers David Ronn and Jay Scherick. The show is a fun and comedic female cop show that follows a stubborn yet passionate detective named Eliza Radley. Radley is played by Meagan Rath, who finds herself getting help from her precinct’s trustee – an ex-con who’s finishing out a prison sentence while working within the police department.

Although the team are an unlikely pair, they seem to work well together. The series is similar to “Castle” in terms of tone, which means it’s great for anyone who likes a little fun and excitement in their shows.

Though we’re all going to continue feeling a little shocked, and somewhat overwhelmed by the loss of a great comedic value character from TWD, it’s good to see that Michael Cudlitz is back on his feet and back on our television screens too!

We can only hope that the end of his role in this show doesn’t end nearly as violently as his position in the Walking Dead.