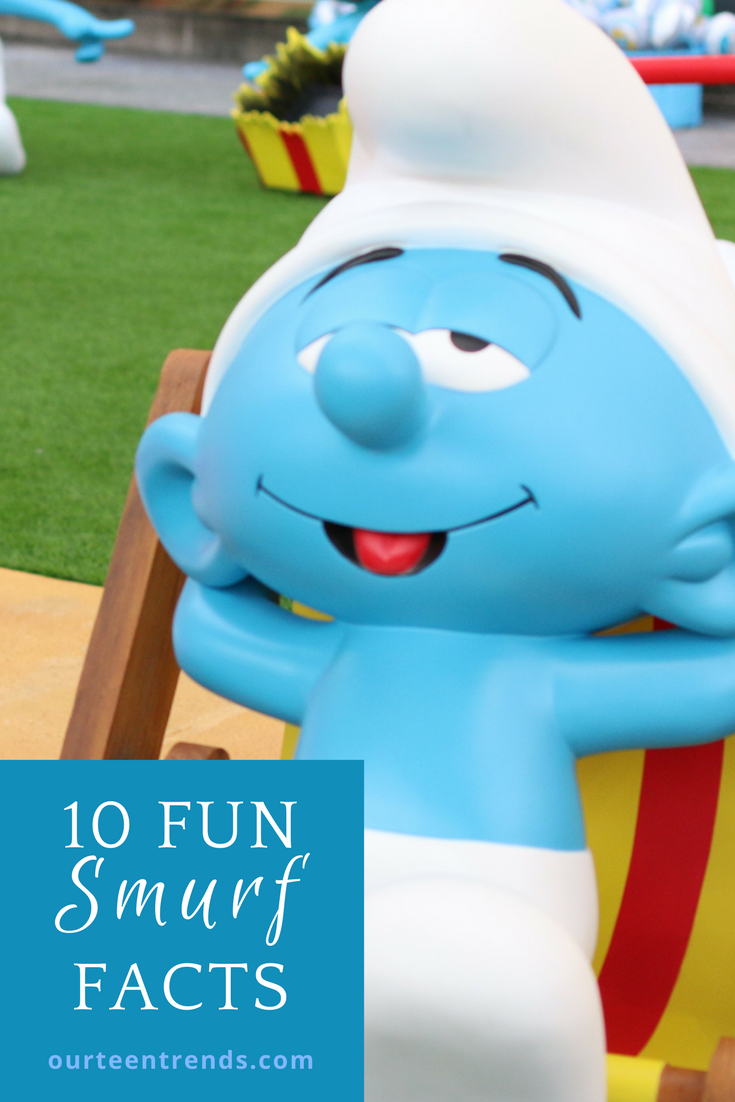 In case you haven’t heard, there’s a very exciting kids’ movie that is out right now. Following the massive success of The Smurfs movie back in 2011 and the sequel in 2013, the next Smurf flick is about to hit cinemas around the world this year.

Personally, I can barely hide my excitement. Smurfs: The Lost Village sounds awesome. So, to celebrate, here are ten facts you may not know about the little blue people themselves.

Did you think that the Smurfs were American? Well, you were oh-so-wrong! The truth of the matter is that they originated in Belgium. Interesting.

Do you remember this one? Smurfette was on the famous sketch show, starring the one and only Anna Nicole Smith. It’s hilarious. Check it out for yourself.

How many Surfs do you think there are? Most people would say that there’s just a handful. Well, there is a whole load more than you think. There are 105 different characters. Wow.

Of course, people all around the world love The Smurfs. Well, the mini-series has been translated to a whopping 30 different languages. That means so many different people in different countries can enjoy the show.

Have you ever wondered where that quirky little name came from? Well, the word ‘schtroumpf’ means ‘creatures’ in French. The word was changed for an English audience to ‘Smurfs’.

You probably could have guessed that the Smurfs franchise was worth a whole lot, but would you have got this one right? The franchise is worth a whopping $5 billion.

Where did Smurfette come from and why is there only one of her? Well, the story goes that Gargamel created her to distract and disrupt the Smurf community.

Before it was ever a series, The Smurfs was nothing more than a comic strip. It actually appeared in the French-Belgian comic book called John and Peewit comics.

Okay, you probably knew that the Smurfs weren’t very tall, but can you guess their exact height? Well, apparently, they are meant to be about ‘three apples tall’. That’s seriously small.

I bet you never saw this one coming! The Smurfs were actually a major part of a UNICEF anti-war advertising campaign. In the poster, the Smurf village got bombed. Wow.