Alexander Skarsgard Worried About Being Typecast After ‘Big Little Lies’ 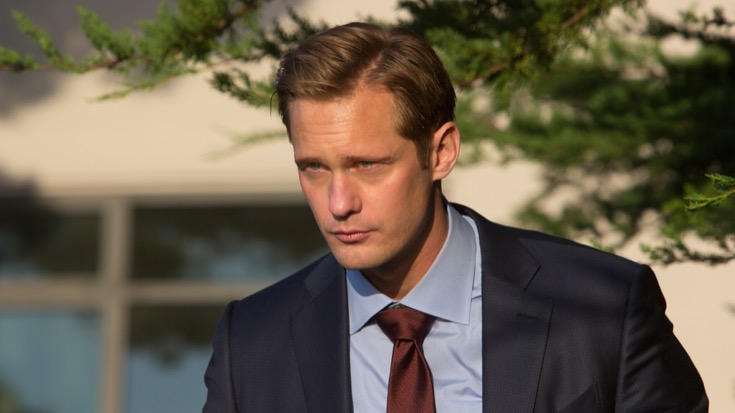 Alexander Skarsgard is worried that his Hollywood career might be coming to an end. That’s because he believes producers might be typecasting him after he played an abusive husband on the hit HBO series, ‘Big Little Lies.’ Alexander played Perry Wright, a disturbing character who often abused his wife Celeste, played by actress Nicole Kidman.

Even though Alexander’s character was a violent husband, the Swedish-born actor is getting some of the best reviews of his career. Even though he did almost no promotion for the show before it began, he’s finally opening up about his disturbing role and how he had to physically and mentally prepare to play a successful, often loving husband with violent tendencies.

Alexander told Entertainment Weekly in a new interview, “I have a feeling this is going to be my last interview ever (laughs) because after Perry Wright, I’ll never get another job. But, hell, it was worth it. Yeah [because he’s a monster]. I’ll never play leading man, that’s for sure.”

Alexander also added that one of the reasons why he accepted the role is because he was intrigued by Perry Wright. After all, he loves his wife Celeste and their home life with their tow children. He’s not a typical bad guy that many fans get to see on the small screen. He said one of the reasons why he was drawn to the character was because he wasn’t one-dimensional. But at the same time, he’s concerned that he might have typecast himself by taking on the role.

Of course, many of Alexander’s fans doubt that his television career will be coming to an end anytime soon. After all, he’s still one of the biggest stars in the entertainment world right now. Sure, his character on ‘Big Little Lies’ might have been disturbing, but a lot of his fans still remember his roles from ‘True Blood,’ ‘Zoolander’ and ‘The Legend of Tarzan.’ In fact, it wouldn’t be surprising if ‘Big Little Lies’ helps boost his popularity even more, especially now that everyone is talking about his dark character Perry Wright.

Tell us, do you think Alexander Skarsgard should be worried about his future in Hollywood? Do you think producers are now going to typecast him because of his role on ‘Big Little Lies?’ Let us know what you think by dropping us a line with your thoughts in our comments section below. Also, don’t forget to check back with Our Teen Trends for all the latest news and updates on Alexander Skarsgard right here!