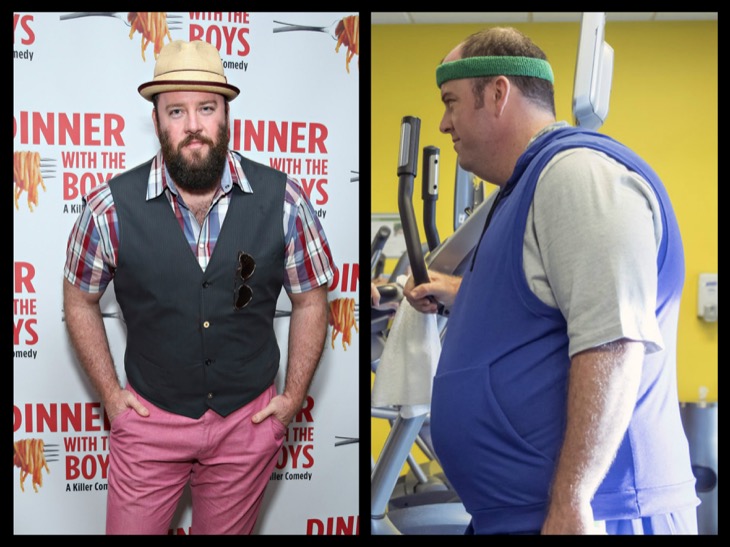 ‘This is Us’ star Chris Sullivan has addressed his fat suit controversy on the hit NBC dramedy. The actor plays Kate Pearson’s (Chrissy Metz) boyfriend, Toby Damon. The couple met at a weight loss support group. Many viewers were shocked to find out that Chris actually wears a fat suit midway through Season 1, especially after the Hollywood actor stepped out during the People’s Choice Awards looking much slimmer than his on-screen character on the show.

According to People Magazine, Chris says that he considers his fat suit to be his costume. He says that just like many other actors in the entertainment industry, when he puts his costume on he tries to explore the emotional space of his character. He also says that the fat suit helps him be more flexible with the time-jumping on the show.

“I can understand that it’s shocking, and that it might be a little hard to understand. But it’s also a logistical thing,” Sullivan says. “You have to understand that this show jumps back and forth through time, and Toby wasn’t always this size, and who knows, maybe they need me to look this way at one point. Maybe we change the size of him. There’s some stagecraft involved.”

For Chrissy Metz though, it’s been a different story. Many spoilers indicate that Kate Pearson will have a major transformation by Season 2. But whether or not that happens all depends on Chrissy and if she manages to lose weight by the beginning of the next season. Earlier reports indicated that Chrissy was supposed to undergo gastric bypass surgery, but that hasn’t happened. Instead, she says that she wants to lose weight the right way by eating healthy and sticking to a daily workout schedule. Chrissy has been staying under the radar since the end of Season 1, with many fans believing that she might be in hiding until her big reveal later this year.

Related: This is Us Season 2 Spoilers: Kevin Pearson’s Hollywood Career In Limbo?

Plus, viewers can’t wait to find out what’s in store for Kate and Toby’s relationship. Will they finally tie the knot? Or will Kate end up moving back to New York? Viewers will just have to tune in to see what will happen next.