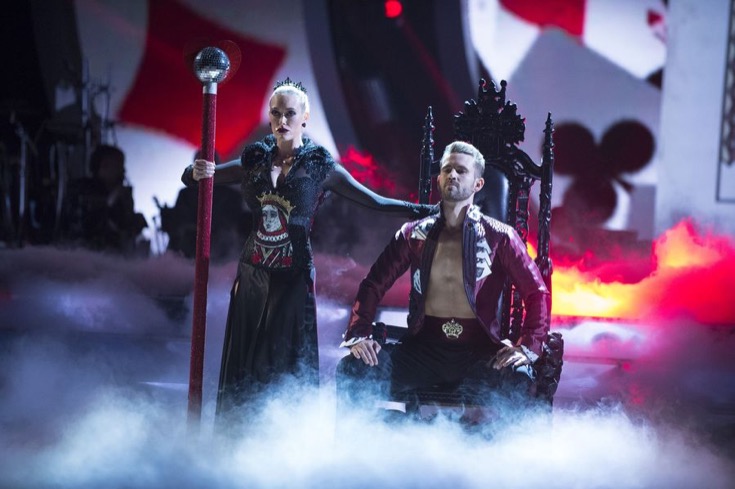 It looks like Nick Viall’s Dancing With The Stars dancing days might be coming to an end soon. That is if he doesn’t get over one of his biggest fears. The reality television star recently revealed that one of the reasons why his performances on ‘Dancing With The Stars’ have been so disappointing is because he suffers from stage fright.

According to People Magazine, Nick even admitted that one of the reasons why he hasn’t been performing too well on the hit reality competition show is because he suffers from stage fright. Sure, he is best known for being one of the biggest villains that Bachelor nation has ever seen, but apparently there’s another side to Nick that he’s just now revealing.

He said, “Last week was okay. I don’t know if you saw on the monitors, but I actually stopped literally in the middle of the dance and I’m just glad I recovered. I tense up right before the dance and I kind of choked, honestly.”

Of course, a lot of Bachelor Nation and ‘Dancing With The Stars’ fans are shocked over Nick’s revelation. After all, Nick was anything but shy or scared during his four seasons of ‘The Bachelor,’ ‘The Bachelorette’ and ‘Bachelor in Paradise.’

But then again, doing something you normally don’t do for the very first time and in front of an audience of millions can be frightening for anyone. For Nick Viall though, he has no choice but to get over his stage fright and as soon as possible, too. If he gets booted off from ‘Dancing With The Stars’ too early, then his chances of extending his 15 minutes of fame after his ‘Bachelor’ stint are next to none. After all, he wants to do whatever it takes to stay in the spotlight and the only way for him to make that happen is to improve his moves on the dance floor with his partner Peta Murgatroyd. The last thing Nick wants right now is to end up in celebrity obscurity.

Alexander Skarsgard Worried About Being Typecast After ‘Big Little Lies’