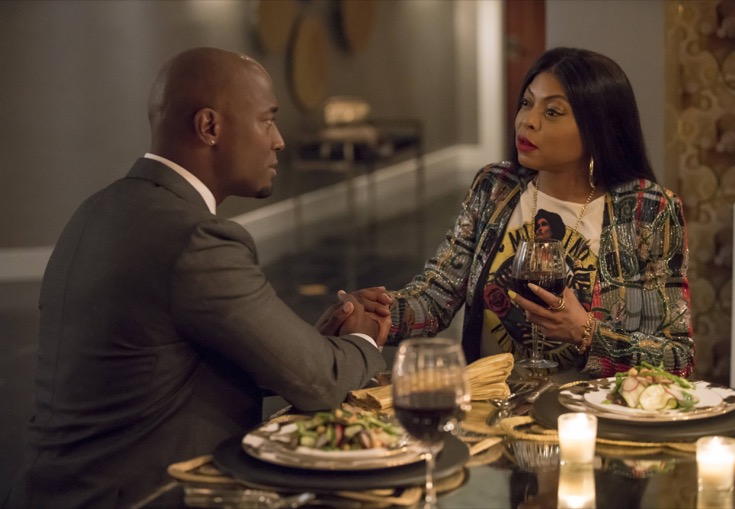 Empire Season 3 spoilers indicate that Angelo is about to put a ring on it. In fact, there’s speculation that Cookie (played by Taraji P. Henson) is so excited that Angelo (Taye Diggs) is about to propose to her that she’s already told her entire family about her good news.

But of course, fans should know that one episode of the hit Fox musical doesn’t come without a good dose of drama. While Cookie is absolutely thrilled to finally let go of her Lucious and their past, it doesn’t happen right away. Sure, Angelo can give her the life that she finally deserves. And yet when Angelo is about to pop the all-important question, things don’t work the way Cookie had hopes. Her dream proposal turns into a nightmare when she ends up telling Angelo the wrong words and clearly, at the wrong time, too.

So does this mean that Cookie and Angelo are going to get married before the Season 3 finale? Or will Cookie end up making another wrong move that might ultimately end things between her and Angelo? A lot of fans believe that may be the case. After all, Cookie just can’t shake off her true feeling for Lucious no matter how hard she tries. She simply doesn’t want to continue living the thug life anymore.

Then again, everyone remembers how Lucious and Anika got married on ‘Empire’ last season. Fans nearly lost their mind. During last season’s finale, viewers were expecting to see Hakeem and his short-term girlfriend Laura walk down the aisle together. There were even some fans that were hoping for Cookie and Lucious to get married again, but that didn’t happen. Instead, Anika ‘Boo Boo Kitty’ Calhoun got her man, but mostly because Lucious didn’t want her to testify in court and the best solution was for them to get married. Having dated and worked with Lucious for a long time, Anika knew everything that he was up to, both good and bad.

So does this mean that fans will finally see their beloved Cookie settle down? Or will Angelo walk away? As many fans already know, anything can happen. Viewers will just have to tune in to see what happens next.

‘Empire’ airs every Wednesday at 9 pm EST on the Fox network. Also, don’t forget to check back with Our Teen Trends for all the latest news, updates and spoilers on ‘Empire’ right here!