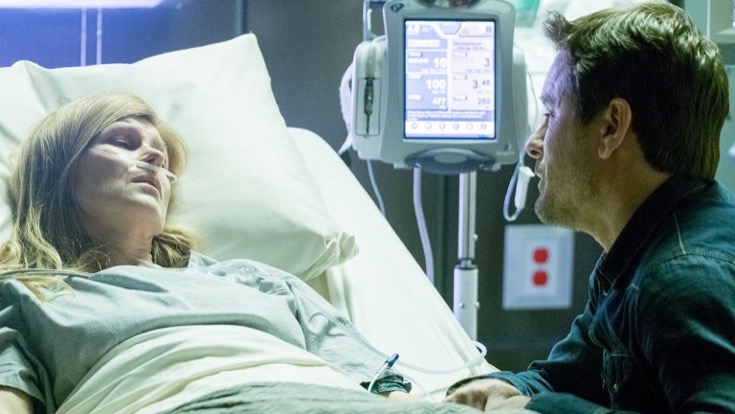 Now that Connie Britton is no longer on the show, will Nashville viewers still be tuning into the hit CMT series? That’s what everyone can’t help but wonder as the show’s biggest star won’t be coming back for the remainder of Season 5.

Connie’s character Rayna was killed during episode 9, ‘If Tomorrow Never Comes’ of Season 5. She died on screen following injuries from a car crash. And apparently, Connie knew she would be leaving for quite some time now. In fact, the show’s producers admit that the decision was made soon after ABC pulled the plug on Nashville and before the CMT network picked up the series.

According to Variety, showrunner Marshall Herskovitz explained, “Connie came to [co-showrunner] Ed Zwick and myself and said that she felt inner conflict. She felt that creatively, she wanted to move on from the show, and she was very torn because she loved the show. She loved the people on the show and it was like a family, but after four years, she felt she needed a different challenge.”

But then again, Rayna was also the reason why so many viewers tuned in week after week. Will the show be able to replace Rayna with other characters who are just as interesting and compelling as she was? That’s what fans want to know. And that’s probably also the reason why the show’s producers are mixing new faces with old: ‘Big Little Lies’ star Jeff Nording is set to join the cast, along with actresses Rachel Bilson and Kaitlyn Doubleday. Jeff will play a Nashville record label owner named Brad Maitland, who is expected to shake things up at Highway 65. A lot of viewers believe that Brad might end up becoming an ally to Deacon as well.

What’s more, CMT recently announced that they’ve renewed ‘Nashville’ for a sixth season. Clearly, the network has enough faith to believe that the show will still survive despite the fact that Connie Britton is gone. But then again, she might not be stepping away altogether. There’s also a possibility that Rayna might come back in flashback form. Fans will just have to tune in to see what will happen next.

‘Nashville’ Season 5 returns to the small screen Thursday, June 1 at 9 pm EST on the CMT network. Check back with Our Teen Trends for all the latest news, updates and spoilers on ‘Nashville’ right here!