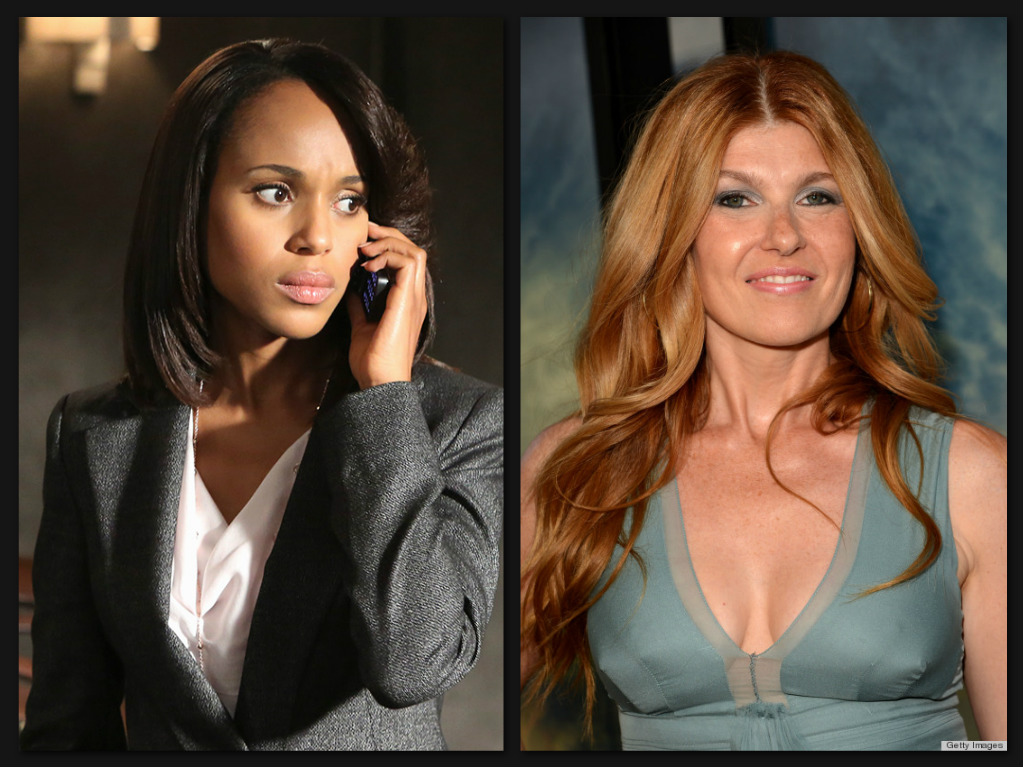 It looks like Connie Britton was originally tipped for Kerry Washington’s role as Olivia Pope in the hit ABC drama, Scandal. In fact, a new report says that Shonda Rhimes had to convince ABC producers to think twice before casting Connie for the role, as she believed it would have been better suited for someone else.

And while there’s no doubting that Connie Britton is one of Hollywood’s most talented television actresses, Shonda believed that the Olivia Pope role would have been better suited for someone else, particularly an African-American actress. That’s because the show was inspired by real-life Washington D.C. crisis fixer, Judy Smith.

“Nothing felt more important than the sense of outsiderness,” Rhimes said, according to The Hollywood Reporter. “I didn’t know that there hadn’t been a drama series with a leading black woman for 37 years. When the show got picked up [to pilot], I got a phone call from somebody who said, ‘This would be the perfect show for Connie Britton.’ I said, ‘It would be, except Olivia Pope is black.’”

If that weren’t enough, ‘Scandal’ casting director Linda Lowey says that the network listed Connie Britton and a handful of white actresses as their top choices for the role. She quickly nixed the idea and auditioned actresses like Jill Scott and Anika Noni Rose instead. Kerry Washington, whose credits included ‘Django Unchained,’ and the hit television movie ‘Confirmation,’ eventually clinched the leading role.

t this point, it’s hard to picture anyone else but Kerry Washington as Olivia Pope. In fact, the show has helped make Kerry the household name that she is today. Still, many ‘Scandal’ fans are surprised that Kerry wasn’t ABC’s original choice to play Olivia Pope. And while she says that the role would have been great for Connie Britton, there’s no denying that Kerry Washington loves playing the revered fixer on the small screen. She’s even said that playing Olivia Pope has been one of the most empowering, if not complicated roles of her career.

So far Connie Britton has not made any comments about the last-minute casting decision. But then again, the Hollywood actress has managed to find her own success on the hit drama, “Nashville.’ The show has just been renewed for a sixth season on the CMT network.

‘Scandal’ airs every Thursday at 10pm EST on the ABC network. Also, check back with Our Teen Trends for all the latest news, updates and spoilers on ‘Scandal’ right here!