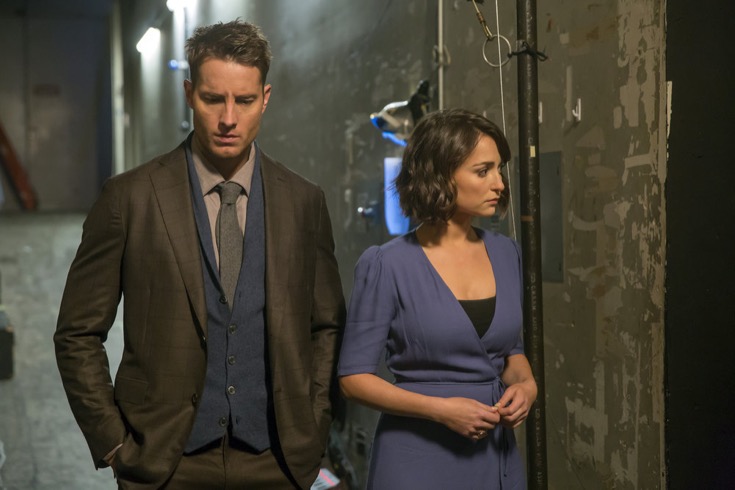 This is Us Season 2 spoilers indicate that Kevin Pearson’s (Justin Hartley) Hollywood dream might turn into a nightmare. That’s because there’s a possibility that director Ron Howard might not be making an appearance on Season 2. And without Ron Howard, that means Kevin’s Hollywood career might be in limbo.

Before the ‘This Is Us’ Season 1 finale, Kevin was determined to leave his theater work in New York City behind to give his movie career in L.A. another show. All it took was one phone call from Ron Howard for him to make the one decision that would possibly change his life forever. But now there’s a chance that it might not happen. That’s because Ron Howard isn’t even confirmed to make an appearance for ‘This Is Us’ Season 2 just yet.

According to TV Guide, the famed Hollywood director said that he hasn’t even received a phone call from the show’s producers yet. And while both and his family love the show, there’s a possibility that he might not be making a return.

What’s more, Ron Howard isn’t a big fan of playing himself on the small screen. Even though he’s done comedic roles for shows like ‘Arrested Development’ and ‘The Simpsons,’ he doesn’t feel comfortable about taking on something that it is too serious.

So what does this mean for Kevin Pearson’s future? As many ‘This Is Us’ fans already know, anything can happen at any time. Kevin already had a successful career on the hit show, ‘The Manny.’ But he quit because he was frustrated that no one was taking him seriously in the entertainment industry. Of course, no one knows if Kevin will end up getting Ron Howard’s promised role. He might end up returning to New York City more disappointed and miserable than ever before. Then again, fans will find out once they tune in for Season 2 later this year.

In the meantime, actor Justin Hartley has said very little about his character’s fate on the show. Obviously, he wants nothing but the best for Kevin, especially since he’s worked so hard to get where he is now. But without Ron Howard there, Kevin might end up in the exact same place he was during the beginning of Season 1.

‘This Is Us’ returns to the NBC network this fall. In the meantime, don’t forget to check back with Our Teen Trends for all the latest news, updates and spoilers on ‘This is Us’ Season 2 right here.