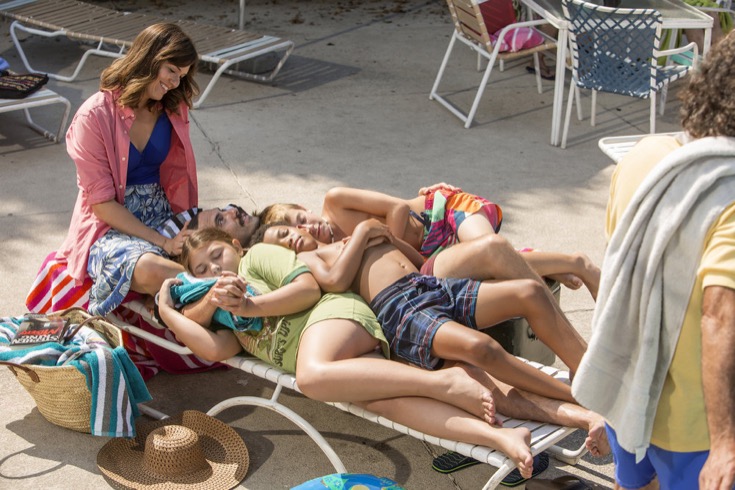 This Is Us Season 2 spoilers indicate that one particular pool scene during Season 1 might have given fans some much-needed clues about Pearson family patriarch Jack’s death. In fact, a lot of viewers believe that everyone’s favorite television father might end up dying in the most unexpected way, too.

According to reports, there are new theories floating around about Jack’s fate. A lot of people believe it all has to do with his ‘magic t-shirt’ and the tale he told his daughter Kate at a public pool during an early Season 1 episode. There’s a good chance that Jack might die doing what he does best – and that’s helping other people. Some fans believed that he might end up being either mugged or robbed while helping someone in need. Because he’s relapsed and dealing with his alcohol issues again, there’s a good chance that there might be an altercation before he is ultimately killed, too. After all, Jack has proven plenty of times during Season 1 that he does like to speak his mind whenever he’s under the influence of alcohol. And what he says might end up costing his own life.

At this point, no one really knows what will happen with Jack Pearson. Everyone has been speculating about his death for months now. In fact, many fans were pretty upset that producers failed to reveal the truth during the Season 1 finale despite all of the momentum leading up to the episode.

And while fans will want to tune in to see what will happen to the Pearson family during Season 2, they don’t want the mystery behind Jack’s death to be dragged on for another season. Both Chrissy Metz, who plays Kate Pearson on the show, and Justin Hartley (who plays her brother Kevin) say that it will be the most heart-wrenching episode yet. But when it will happen, no one knows. So far, viewers know that Kate Pearson is still carrying a lot of guilt around because of her father’s death. Was she the last person to have a conversation with him before he dies? Did they have an argument? Was she in trouble? Fans of course, will soon find out the answers to all of their questions.

‘This Is Us’ is set to return to NBC this fall. Don’t forget to check back with Our Teen Trends for all the latest news, updates and spoilers on ‘This Is Us’ right here!