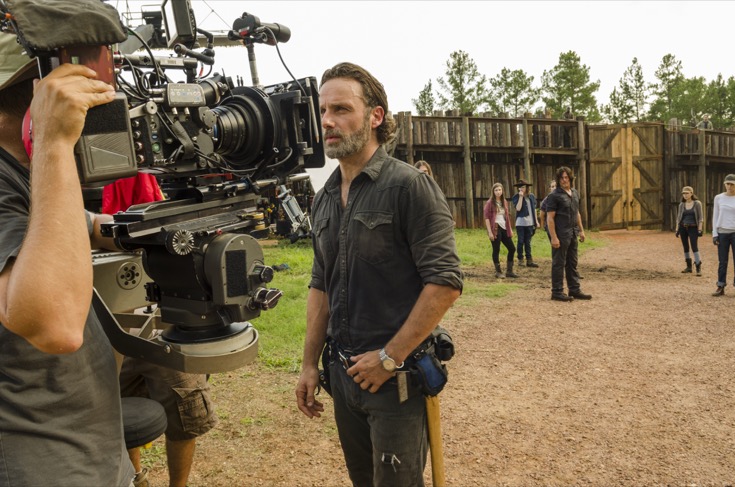 It looks like The Walking Dead Season 8 might be the series’ best yet, according to actor Andrew Lincoln. In fact, he’s so positive that viewers will love it so much that he couldn’t contain his excitement during a recent interview. The cast and crew of the horror drama television series will begin shooting soon, with many characters forced to portray different versions of themselves. In other words, Rick’s group will hopefully rally with the nearby communities to once and for all fight of Negan’s Saviors.

“I’m more excited, my friend,” Andrew told ComicBook.com, “I’m more excited about this season than ever and this is not – I’m not blowing smoke up anybody – this is so real. I am ready to go. I can’t wait. It’s going to be insane this season.”

Andrew also adds that he is pretty surprised to see the series eight seasons in. (Then again, producers recently admitted that they would love to see the show continue to at least the year 2020). Yet, Andrew declined to describe exactly what will happen next season. He didn’t reveal any plotlines or juicy details. Instead, he said it’s going to be extraordinary. But then again, ‘The Walking Dead’ has been anything but ordinary from the start.

So what’s next for ‘The Walking Dead?’ Fans will simply have to tune in to see. But then again, nothing can be worst than what viewers were subjected to during the beginning of Season 7. A lot of fans were appalled at the level of violence during the season’s opening episode. In fact, it was so bad that producers were forced to tone down the gratuitous death scenes.

Luckily, producers were able to make mid-season adjustments right after the premiere episode. ‘The Walking Dead’ has so far succeeded in shocking and surprising audiences. But have they gone too far in their grisly violence? That’s what critics have been asking for a very long time. Some fans have even been campaigning to give the show a new television rating.

‘The Walking Dead’ Season 8 will begin shooting in the coming weeks and is slated to hit the small screen in October 2017. The season will also begin with the series’ 100th episode. Fans will get a glimpse at a teaser trailer for the season at Comic-Con this summer. Check back with Our Teen Trends for all the latest news, updates and spoilers on ‘The Walking Dead’ right here.