13 Reasons Why Criticized For Lack of Anti-Bullying Message 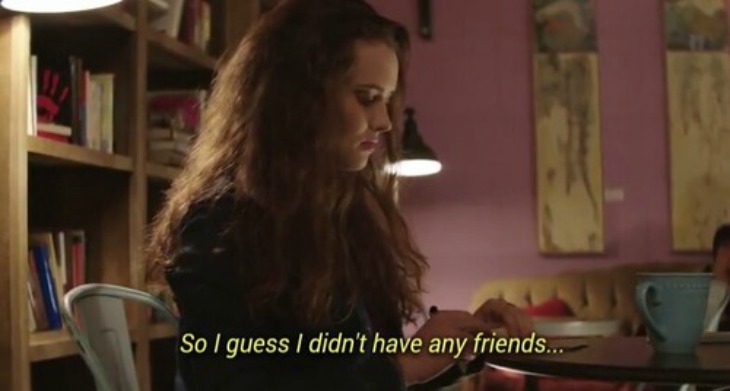 13 Reasons Why’ is being slammed for not having an anti-bullying message in the series. The controversial show, which is produced by chart topper Selena Gomez, tells the story of young teen Hannah Baker, and the 13 reasons why she committed suicide after a series of disturbing events.

The show has been criticized for apparently romanticizing Hannah Baker’s suicide and worse, not warning viewers about the show’s heavy content, which includes sexual abuse, drugs, alcohol and substance abuse. And now critics are saying that ’13 Reasons Why’ didn’t do enough to talk about anti-bullying or offer ways to help prevent teen bullying. Instead, Hannah Baker criticizes her peers and school officials for not doing enough to prevent her death in a series of tapes that she leaves after her suicide.

According to writer Paul Coughlin, he says the show missteps by blaming Hannah’s peers for her mental health. He says that while bullies do influence it, the series would have done a better job of teaching viewers – and especially young, impressionable teens – how to prevent bullying and teach kindness instead.

He writes, “We should explain how serial targets are two to nine times more likely to consider suicide. We should reveal to children and adults how being cruel, mean and even wicked helps children gain and maintain social status, especially during the middle-school years. In an attempt to grow needed empathy, we should explain how a female serial target like Hannah is 25 times more likely to develop agoraphobia than her non-bullied peers, ruining adult lives.”

What’s more, Paul Coughlin points out that no one in the series, including Hannah’s good friend Clay, stood up to her bullies while she was still alive. Instead, he only sought justice for Hannah after listening to her tapes.

Then again, there’s a good possibility that the show’s producers and writers might explore other avenues like anti-bullying during ’13 Reasons Why’ Season 2. Even though the same characters are coming back for the second season, many believe that the show’s writers might either show what happens in the aftermath of Hannah’s death, including Bryce’s fate, the trial between Hannah’s parents and her high school and whether or not the school and her peers learned anything from Hannah.

’13 Reasons Why’ Season 2 is expected to return to Netflix by 2018. So far, there’s no indication if Hannah Baker will return in flashback form or in a dream sequence. In the meantime, don’t forget to come back to Our Teen Trends for all the latest news, updates and spoilers on ’13 Reasons Why’ here.

Which TV Boss Would You Like to Work for?