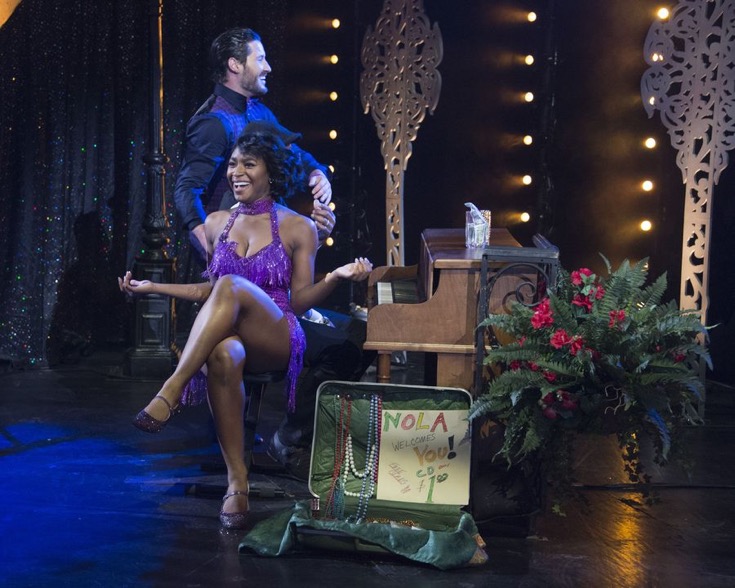 Dancing With The Stars spoilers indicate that Normani Kordei is facing an uphill battle if she plans to win this season’s mirror ball trophy on Dancing With The Stars. Even though Normani is tipped to win, the Fifth Harmony singer recently twisted her ankle, which might jeopardize her chances of winning the show.

According to reports, Normani and her partner Val Chmerkovskiy are still in good spirits, despite her injury. She’s managed to stay at the top of the leaderboard for more of the season. Normani was even shocked to see many of the season’s biggest stars, like Simone Biles, Heather Morris and Nancy Kerrigan sent home early. But now that there’s only three contestants left – Normani, David Ross and Rashad Jennings – the chart topper is going to have to do whatever it takes to impress the judges on Monday night in order to secure her very own Dancing With The Stars win.

Before the season even began, many audience members were unfamiliar with Normani Kordei. She quickly became the star of the show by not only learning all of her dance moves, but making them her own. Sure, Rashad Jennings and David Ross have managed to impress the judges with their improved skills and dance floor foot works, but it’s Normani who everyone has been watching all season long. In fact, many fans are even calling her one of the best dancers in ‘Dancing With The Stars’ history, mostly because she is a natural performer and great chemistry with her partner Val.

Then again, anything can still happen during the Dancing With The Stars finale. Rashad has natural athleticism and talent. Even though he’s been often criticized by the judges for not pointing his toes, he’s still managed to make it this far. And then there’s also David Ross. The former Chicago Cubs catcher might not be best dancer out of the remaining three contestants, but he’s still in the running. He can easily pull off one of the best performances just in time for the season finale.

13 Reasons Why Criticized For Lack of Anti-Bullying Message