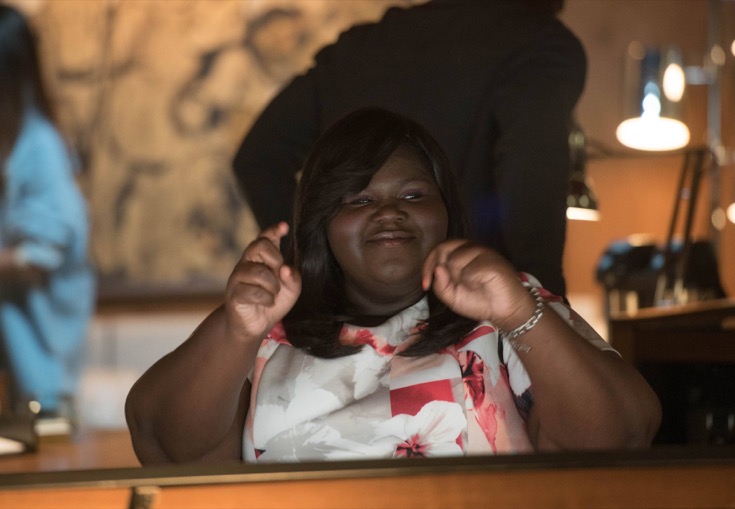 Reports indicated that Taraji was apparently none too pleased with Nia’s diva behavior on the set of ‘Empire’ earlier this year. Many crew members hinted that Nia acted like an out of control diva with the hair, make-up and wardrobe team. The team alleges that Nia was often verbally abusive towards them, especially when she didn’t like her look and styling. She often chewed them out in front of the rest of the crew and cast members.

Insiders said at the time that she was so upset by Nia’s rude behavior that the two allegedly had a fierce exchange of words. Things eventually got so bad between Taraji and Nia that producers were forced to film their scenes separately.

During an interview with Andy Cohen on ‘Watch What Happens Live’ Gabourey simply laughed off the rumors, even though the show’s makeup and hair team allegedly filed a complaint against Nia Long. Gabourey dismissed the rumors by pointing out Hollywood’s double standard. She said that no one ever starts rumors about her male castmates Jussie Smollet and Trai Byers. She said with a laugh, “We like each other. We’re not really beefing.”

Whatever the case may be, one thing is for certain: Nia Long is not coming back for ‘Empire’ Season 4. Nia’s rep was even forced to defend the actress by releasing a statement that said, “This is nothing but another complete fabrication about a series that has been plagued by constant rumors of drama and misconduct.”

Of course, no one knows what the real truth is except Taraji and Nia themselves. And while everyone is either laughing off or denying their feud reports, the two women themselves are yet to make any comments about it.

‘Empire’ airs every Wednesday at 9 pm EST on the Fox network. In the meantime, don’t forget to check back with Our Teen Trends for all the latest news, updates and spoilers on ‘Empire’ Season 3 right here.