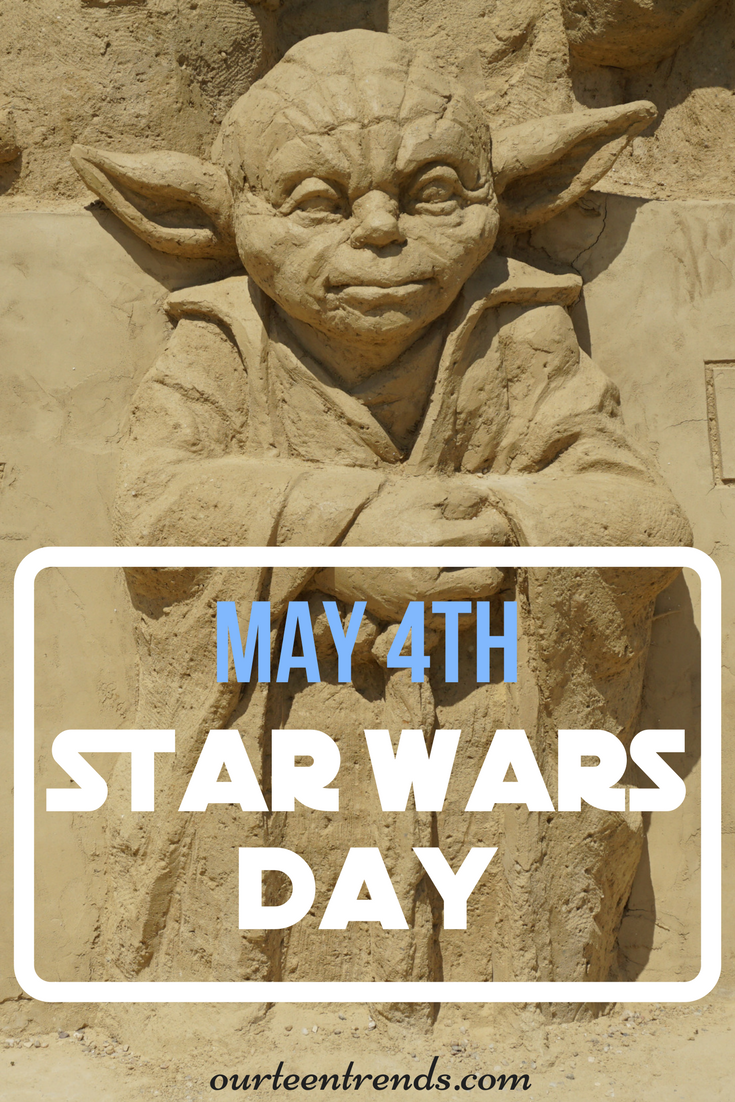 “May the fourth be with you,” is something pun-crazed “Star Wars,” fans wait once a year to say, as May 4 is known far and wide as Star Wars Day! Although diehard fans need no excuse to celebrate their favorite film franchise, May 4th has become an insider joke to legions of, “Star Wars,” aficionados.

Just in case you’ve been living under a rock, or in a cave, or in a galaxy far, far, away these past few decades, “May the force be with you,” is an infamous signature line from the intergalactic movie. Get it?

Starwars.com traces the roots of Star Wars Day back to 1979 when Margaret Thatcher was elected Britain’s first female prime minister.

“To celebrate their victory her party took a half page of advertising space in the London Evening News. This message, referring to the day of victory, was ‘May the Fourth Be With You, Maggie.”

Who knew that a line from an American sci-film would be used to congratulate a politician half a world away, then go viral, becoming its own holiday! Wild, right?

But it wasn’t until many years later however that the punny phrase began to go rouge (so to speak!). The Toronto Underground Cinema held in 2001 has the distinction of being the first celebration of May 4th. On that day the Cinema’s festivities included a movie marathon as well as a costume contest.

The celebratory day soon went viral, and today Star Wars Day is recognized by fans throughout the galaxy.

The singular way in which Star Wars Day came into being mirrors the unique success of the innovative film. Created in 1977, the original “Star Wars” is the creation of filmmaker extraordinaire George Lucas. The franchise is now owned by Disney, which continues to churn out ancillary movies as well as tons of themed merchandise.

How will you celebrate Star Wars Day this year? Fans the world over have the option of attending one of the many organized Star Wars events in their city, such as costume contests and tours of space centers.

Whatever you choose to do that day, “May the 4th be with you!”