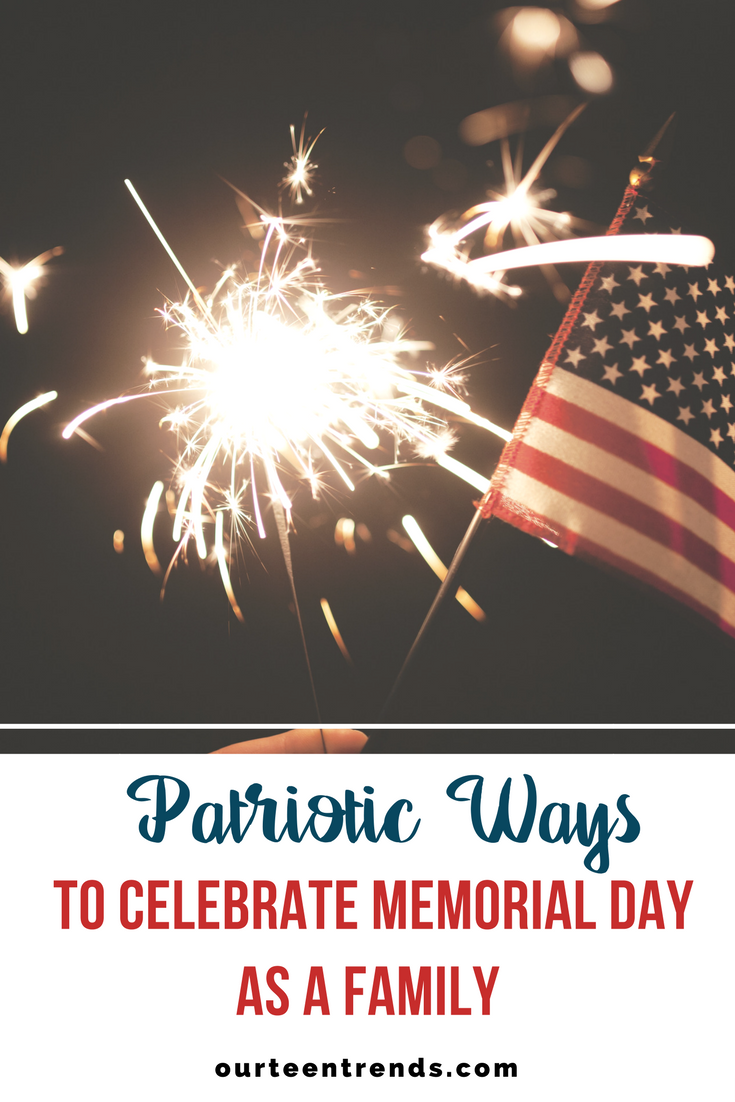 Memorial Day is the day that we honor those who died during war, while protecting our great country. On Memorial Day, it is important we take the time, as a family, to remember our fallen heroes.

Attend or watch a parade- Most communities in the United States host a Memorial Day parade. Pack up the kids and head down to your local parade. If you don’t have a local parade in your area, gather the family to watch it on TV. Many local TV stations will air the National Memorial Day parade. This year, it will be televised live at 2:00 PM EST, from Washington, D.C. Also, YouTube will be streaming the event live, as will www.military.com.

Watch a movie- Military and war movies are not really designed for younger kids, as some of them are graphic and violent. However, there are some suitable for kids that are somewhat older. For example, the 2008 The Boy in the Striped Pajamas and the 2009 The Diary of Anne Frank are ideal for kids 8 and older. Tweens and teens will enjoy hits like the 2001 Blackhawk Down and the 2005 Jarhead.

Visit a historic landmark- All states have at least one historic landmark, if not more. For example, California has 145 historic landmarks, Florida has 46, Kansas has 26, New Jersey has 58 and Ohio has 76. Historic landmarks are buildings or objects that have historical significance, according to the United States Government. For instance, Fort Walton Mound in Florida, Eagle Island in Maine, the USS Hazard in Nebraska and Bastrop State Park in Texas, are all examples of historical landmarks.

Liev Schreiber and Taye Diggs Lend Voices To “My Little Pony: The Movie”