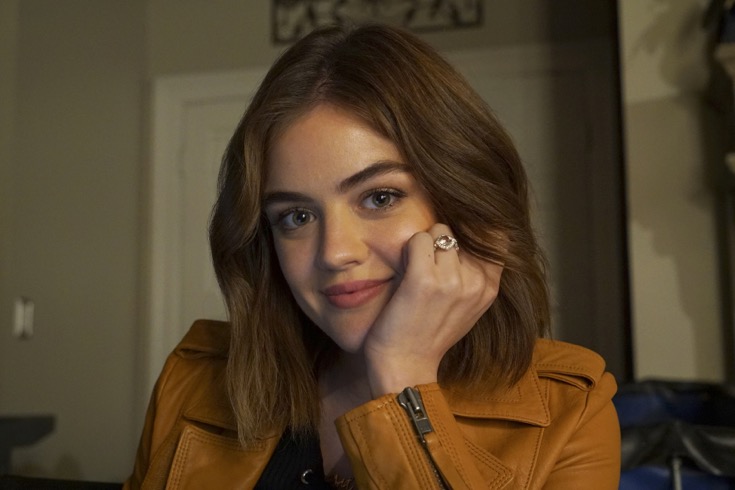 Lucy Hale is prepared to make a big personal sacrifice ahead of the Pretty Little Liars Season 7 finale. The Hollywood actress admits that after years of making questionable decisions, she’s giving up alcohol and the Hollywood party scene.

Lucy told Byrdie.com in an interview that she’s giving up alcohol after years of being a social butterfly in Hollywood. And the actress is being pretty honest about it, too. She says that being on a show like ‘Pretty Little Liars’ has made her realize that everyone in the industry just wants to be her friend because she’s on a hit television show. But she’s also realized that there are people out there that might not have the best intentions.

She told the site, “I’m just always trying to surround myself with better people and be the best version of myself possible. I know it sounds obnoxious to hear people say [they’re giving up drinking], but why not?”

What’s more, Lucy says that she also had a hard time trying to fit in with the rest of the ‘Pretty Little Liars’ cast. But now that she’s older, she’s realized that it’s not all about fitting in and being a part of the A-list crowd. She said that she’s finally feeling comfortable in her own skin, even though it took a few years to get to the point where she is now.

A lot of Lucy’s fans are praising the actress for being so honest about her personal struggles with alcohol. But that’s not the only change she’s made. Lucy also said that she felt like a different person the moment she chopped off her hair last year. She explained, “I know it seems silly because it’s just hair. But at a point, I was like, ‘Why don’t I just own that I’m different?’ I guess cutting my hair was like me finally saying, ‘I don’t give a f–k.’”

As far as what’s next for Aria on ‘Pretty Little Liars,’ viewers will just have to tune in to see. But spoilers indicate that she will continue to question her relationship with Ezra (Ian Harding). She and Emily (Shay Mitchell) also plan to investigate Sydney (Chloe Bridges) to find out more valuable information about her.