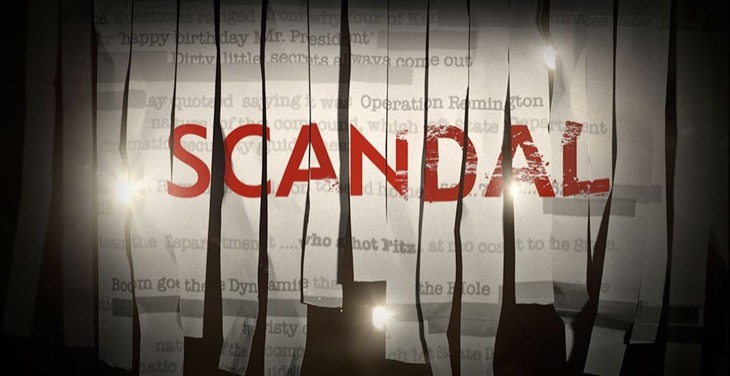 ‘Scandal’ spoilers indicate that the hit ABC series might be ending very soon. In fact, many insiders believe that ‘Scandal’ could possible end after Season 7. Many gladiators have been left in a tizzy over the possibility of no longer following Olivia and Fitz’s relationship on their beloved and very juicy drama.

Many critics believe that after 100 episodes, ‘Scandal’ writers might be taking the show in circles now. That’s because there hasn’t been any captivating or memorable scenes since Season 4 when Olivia (Kerry Washington) was kidnapped. Before that, Fitz (tony Goldwyn) got shot in Season 2 and Sally Langston (Kate Burton) shocked viewers by killing her husband in Season 3. Since then, it’s only been one mysterious organization after another. And according to critics, something needs to happen fast before viewers begin tuning out altogether.

It wouldn’t be surprising if the show’s producers decided to bow out after seven seasons. It’s not uncommon for many television series to end after only six or seven seasons. That way the series can end on a high note.

Plus, unlike other shows like ‘Grey’s Anatomy,’ or even ‘Nashville,’ or ‘Empire’ the show doesn’t have a revolving door of guest stars making cameos and appearances. Creator Shonda Rhimes even called it a ‘different kind of show’ back in 2013, hinting that she already knew what the show’s ending would look like back then.

Shonda told NPR in an interview, “I feel like there is a finite amount of Scandal to be told. So I know what the end of Scandal will be, and I feel really good about that. And I can see where the end point is. And I don’t think I’m going to change that. … I know how long I think it will be. But we’ll see.”

So does this mean that the end is near? Possibly so. But before that, viewers want to know if Olivia will end up packing her bags and moving to Vermont to live happily (albeit quietly) ever after with Fitz. But knowing how complicated their relationship has been so far, it won’t be that simple. ‘Scandal’ will undoubtedly leave viewers with a cliffhanger for sure.

So far the ABC network has not made any comments about ‘Scandal’s’ future or if they plan to end the series after only seven seasons. In the meantime, don’t forget to check back with Our Teen Trends for all the latest news, updates and spoilers on ‘Scandal’ right here!